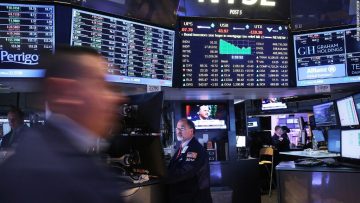 Lot78 Inc (OTCMKTS:LOTE) has been a dog on the OTC for quite some time. However, over the last couple days, LOTE has seen a large influx of interest on no new news that we could find. We also could not find any clear and explicit evidence of a promotional campaign underway artificially driving shares higher. That said, what we did find was a confusing story with a lot of misdirection and not much hard, simple clarity.
LOTE  appears to be engaged on some level (though it’s extremely difficult to get the facts on just how) in the electric car charging station market. The asset of value appears to be called “the Juice Bar”. Lot78 might own some of this entity, but no clear statements have been firmly and unambiguously made about this relationship. Everything is slippery and half-stated in the company’s 10-Q and its press releases. The company once stated nearly 6 months ago that it planned a two-stage acquisition of “Garage Juice Bar” (“The first step of the acquisition will be an investment to acquire a 20% stake in Juice Bar EV in the first quarter, with the remaining 80% of the company anticipated to be acquired before the end of the year.”), but as far as we could find, there has been no evidence that either of those two stages has ever been completed. And, since the company appears to have no cash on hand, the whole situation bears caution.
Lot78 Inc (OTCMKTS:LOTE) trumpets itself as a business development company based in Connecticut. The Company plans to invest and help grow companies it believes are either underperforming or would be helped by the business experience of the Company.
LOTE is immediately targeting a 20% holding in an electric vehicle charging station company, Juice Bar EV. This initial investment is expected to lead to negotiations to purchase the rest of Juice Bar EV. The Company will not restrict its investment opportunities to any specific market.
Find out when $LOTE reaches critical levels. Subscribe to OracleDispatch.com Right Now by entering your Email in the box below.

According to company materials, “The Company was incorporated in the State of Nevada on June 27, 2008. On March 14, 2011, the Company filed a Certificate of Amendment with the Secretary of State of Nevada changing the name of the Company to “Bold Energy, Inc.” On November 12, 2012, the Company, then under the name Bold Energy, Inc., entered into a Share Exchange Agreement with Anio Limited a limited liability company established under the laws of the United Kingdom (“Anio Ltd.”), which conducts its primary line of business under the name Lot78, Inc., the shareholders of Anio Ltd., and the controlling stockholders of the Company. The company changed names to Lot78, Inc. on January 31, 2013. On July 15, 2016, the Company entered into a Letter of Intent to merge with Compound Holdings, LLC, a Connecticut limited liability company. Subsequently, on July 18, 2016, the Company and Compound Holdings LLC entered into a definitive Agreement and Plan of Merger. Pursuant to the plan of merger, upon closing, the Company intends to change its name to Compound Holdings, Inc.”
As noted above, LOTE has suddenly become a real runner, and we thought it was a good idea to cover the situation at hand. A few weeks ago, the company announced that “Juice Bar Electric Vehicle Charging Stations has experienced a significant increase in placed orders and requests for quotations.  In the 45 days ending July 31, 2017, Juice Bar has taken orders for $125,000.  At the present time Juice Bar has 70 active quotes in its pipeline totaling $760,000.”
However, as we noted above, there is no evidence made clear by LOTE that it owns any of this Juice Bar company in any way that would conceivably be important for LOTE shareholders. So, in effect, we will say the following: If it is the case that LOTE actually owns a significant part or all of the Juice Bar company, then this is indeed potentially an interesting stock. But – perhaps we’re crazy and overlooked something – we can find no clear evidence that, at this point in time (combing through all their press releases and 10-Q’s) they own any of the Juice Bar company.
LOTE CEO David Schmid said, “We are delighted to see Juice Bar Electric Vehicle Charging Stations have a material increase in orders placed and a surge in requests for quotations beginning at the end of the 2nd quarter and continuing into the beginning of the 3rd quarter.  With the positive buzz revolving around the launch of new electric vehicles such as the Tesla 3 and the Chevy Bolt, the need for electric vehicle charging stations has never been more real and exciting.  Juice Bar Electric Vehicle Charging Stations’ premium brand is well positioned to take advantage of this unique time in the adoption of vehicle electrification.”
Now commanding a market cap of $20.45M, LOTE has virtually no cash on the books, which stands against virtually no total current liabilities. LOTE is pulling in trailing 12-month revenues of $65K. You can bet we will update this one again as new information comes into view. Sign-up for continuing coverage on shares of $LOTE stock, as well as other hot stock picks, get our free newsletter today and get our next breakout pick!
Disclosure: We hold no position in $LOTE, either long or short, and we have not been compensated for this article.