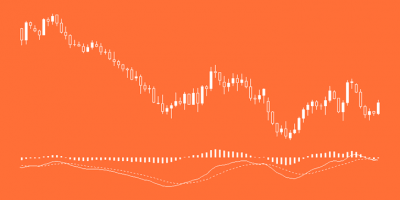 BTCS Inc (OTCMKTS:BTCS) has been improving in terms of its ability to post gains as a bitcoin play during the bitcoin mania. That sounds strange, but it’s true in this case: the stock has badly underperformed given its close association with the cryptocurrency juggernaut. But investors in the company are likely starting to feel quite a bit better after seeing shares power as much as 50% higher over recent days.
Naturally, a close association with Bitcoin these days is about the best situation you can have as a small or micro-cap equity play. The space has been by all accounts locked into bubble mode for weeks on end. This momentum has been fomented by the launch of Bitcoin futures on the CBOE last Sunday, with the CME’s contract set to open this coming week.
BTCS Inc (OTCMKTS:BTCS) describes itself as an early mover in the blockchain and digital currency ecosystems and the first “Pure Play” U.S. public company focused on blockchain technologies. BTCS goal is to enable users to engage in the digital currency ecosystem through one point of access – the Company’s universal digital currency platform.
BTCS plans to create a portfolio of digital assets including bitcoin and other “protocol tokens” to provide investors a diversified pure-play exposure to the bitcoin and blockchain industries. The company intends to acquire digital assets through: open market purchases, participating in initial digital asset offerings (often referred to as initial coin offerings). Additionally, BTCS may acquire digital assets by resuming our transaction verification services business (often referred to as mining) through outsourced data centers and earning rewards in digital assets by securing their respective blockchains.  BTCS is also keenly focused on growth through acquisition. The blockchain is a decentralized public ledger and has the ability to fundamentally impact all industries on a global basis that rely on or utilize record keeping and require trust.
BTCS operates a beta eCommerceE marketplace. It hosts an online ecommerce marketplace where consumers could purchase merchandise using digital currencies, such as bitcoin, litecoin, and dogecoin. The company was formerly known as Bitcoin Shop, Inc. and changed its name to BTCS Inc. in July 2015. BTCS Inc. was founded in 2013 and is headquartered in Arlington, Virginia.
According to the company, BTCS is an early entrant in the Digital Asset market and one of the first U.S. publicly traded companies to be involved with Digital Assets and blockchain technologies. Subject to additional financing, BTCS plans to create a portfolio of digital assets including bitcoin and other “protocol tokens” to provide investors a diversified pure-play exposure to the bitcoin and blockchain industries. On October 25, 2017, the company announced it has closed on the remaining balance of its previously announced financing, which was co-led by Blockchain Global Ltd. The Company received a total of $1.1 million from the sale of its Series C -1 Convertible Preferred Stock and Warrants.
Find out when $BTCS reaches critical levels. Subscribe to OracleDispatch.com Right Now by entering your Email in the box below.

As noted above, performance has started to improve for BTCS in recent action. Technically, the stock is now trading back above the major moving averages. Volume is on the rise as well.
We can even see the early signs of positive momentum showing up in the MACD indicator, which just popped through into bullish territory
We’ve witnessed 46% during the past month in terms of shareholder gains in the name. This is emblematic of the stock. BTCS is a stock whose past is littered with sudden rips. In addition, the listing has seen a growing influx of trading interest, with the stock’s recent average trading volume running just under 220% above the average volume levels in play in this stock over the longer term.
Earning a current market cap value of $48.8M, BTCS has virtually no cash on the books, which is balanced by virtually no total current liabilities. BTCS is pulling in trailing 12-month revenues of $20K. However, the company is seeing declines on the top-line on a quarterly y/y basis, with revenues falling precipitously of late. This may be a very interesting story and we will look forward to updating it again soon. Sign-up for continuing coverage on shares of $BTCS stock, as well as other hot stock picks, get our free newsletter today and get our next breakout pick!
Disclosure: we hold no position in $BTCS, either long or short, and we have not been compensated for this article.