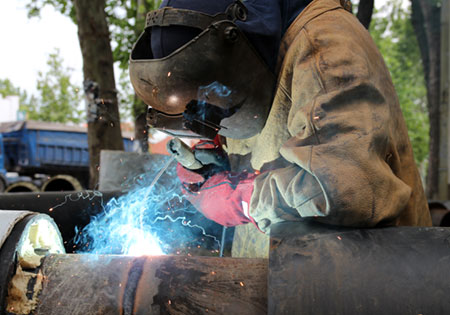 Cool Technologies Inc (OTCMKTS:WARM) has been on fire since raising funds, retiring some debt, and getting its project work on solid financial footing in late August. Since then, the project to develop a working demo version on a Ford 350 dually has apparently been progressing well. At this point, according to reports out of the company, the initial work truck is nearing completion.

Traders will note gains in WARM shares of nearly 200% over the past month, but this action has obviously been running counter to the larger trend in the name. That said, WARM has a history of dramatic rallies. Furthermore, the company has registered increased average transaction volume recently, with the past month seeing a 22% increase in shares changing hands over what the stock has registered over the longer term.

The company also focuses on the development of a parallel power input gearbox for designing a mobile generator system; and an electric load assist technology for designing a vehicle retrofit system.

Find out when $WARM reaches critical levels. Subscribe to OracleDispatch.com Right Now by entering your Email in the box below.

As the Company notes in its materials, WARM is an intellectual property and product development company commercializing patented thermal dispersion technology across multiple platforms. For example, it works with partners such as Emerson Electric and Nidec Motor Corporation to manufacture products utilizing their assets.

“The Company has additional patents-pending for other OEM applications of its proprietary heat removal technologies. Tested and validated by two third parties, ESSCO Pumps and Nidec, the Company’s cooling system eliminates the need for costly modifications while increasing power output of pumps, fans, compressors, batteries, motors, generators and bearings.”

As noted above, the Company is nearing a demonstration opportunity for its key tech.

The initial demonstrations will showcase the work truck’s capability to output both single and three phase power for one third the weight of a tow-behind to key OEM’s, corporate/fleet users and up-fitters as well as generate orders. Consequently, sales financing is already in place.

“It costs less than a comparable tow-behind. There’s no Tier 4 issues. You can operate it inside or outside the truck. We eliminate one engine which enhances reliability. Plus, it frees up the hitch, so the truck can tow other equipment,” said Daniel Ustian, former Chairman and Chief Executive Officer of Navistar and current Cool Technologies Board member. “This could significantly disrupt the tow-behind generator market.”

Hence, this is a genuine breakthrough. If things go the Company’s way, we will have progressed past the age of tow-behind generators, with the power built right into the work truck.

“One truck can eliminate the costs and maintenance expenses of permanent back-up generators,” said Tim Hassett, Cool Technologies’ Chairman and Chief Executive Officer. “When the MG enters the market in 2017, the aftershocks will continue to rumble through the rest of the year as we introduce more powerful capabilities.”

That’s because Cool Tech’s patented thermal technology will soon be incorporated in the generators, particularly the larger ones. The technology cools electric generators more efficiently than anything else on the market. More efficient cooling means higher electric output, up to 40% more. In technical terms, the technology delivers the power of a liquid- cooled generator in a smaller, lighter and simpler package. Pound for pound, cubic inch for cubic inch, no other generator will pack more power.

Currently trading at a market capitalization of $19.7M, WARM has an extremely small store of cash on the books, along with total assets a bit over $250K, which is balanced by an appreciable load ($1.04M) of total accumulated debt. That balance sheet situation is why the stock had been performing so poorly until the announcement in mid-August that the Company had raised $650,000 from company insiders, existing shareholders and a new strategic shareholder. That created the viability of the current project, and all the gains that have followed. We will look forward to updating this one as the story progresses. For continuing coverage on $WARM and our other hot stock picks, sign up for our free newsletter today and get our next hot stock pick!