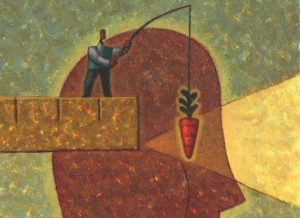 Bemax Inc (OTCMKTS:BMXC) shares started the year with a bang trading up from the single penny level and ripped higher all the way through February, they have settled back recently but had large upside moves around news of a purchase order and the launch of their online private label disposable diaper.

BMXC is a global distributor of Disposable Baby Diapers, and they recently announced that it received an $1.1milion purchase order for the supply of its private-label Disposable Baby Diaper from an existing client, a major distributor of the Disposable Diaper in the emerging South and East African markets. This information came in press releases from the company. They have not named the client in any of the news however.

So we begin to connect the dots on Bemax Inc (OTCMKTS:BMXC). This new purchase order resulting from the long-term supplier agreement filed on November 16, 2015, they say, is the first tranche of purchase order in 2017, with Bethel Imports paying for each consignment before shipment by Bemax. Bemax expects to complete shipment of this order in Q4 2016, which set the company on track to meet its projected revenue for the current fiscal year.

“We continue to commit to our growth and marketing strategies in the emerging markets through competitive pricing, quality products, and lower overhead costs,” said Taiwo Aimasiko, CEO of Bemax Inc. “This demonstrates commitment to our strategic plan to enhance and sustain shareholders’ value and confidence in 2017 and beyond. The size of this purchase order clearly reaffirms the quality of our private-labels and eliminate the need for financing.”

Find out when $BMXC stock reaches critical levels. Subscribe to OracleDispatch.com Right Now by entering your Email in the box below.

The company also launched its private-label Disposable Baby Diaper which will be available to U.S customers for pre-order. BMXC has plans to further expand its online sales of Mother’s Touch private label disposable baby diapers beyond the U.S and Canada, and will make further announcement as the product becomes available online in additional countries. In order to offer competitive pricing and reduced shipping cost to our customers, orders through Amazon will start at a date to be announced later.

“We are excited to start welcoming our online customers from the U.S. We have received tremendous interest from prospective customers across North America; we expect that strong customer demand will exceed our estimates at launch. We are committed to provide the best online experience to as many customers as we can,” said Taiwo Aimasiko, CEO of Bemax Inc.

Bemax Inc. exports and distributes Disposable Baby Diapers from U.S. to emerging markets in Africa and Europe. They also export private label brands from manufacturers in Asia and distribute to other growing markets. Bemax focuses on an extensive and far-reaching global network among wholesalers, large discounting retailers and supermarkets as well as entry into the ecommerce arena to reach households directly through subscription orders. The company focus is to supply clients with disposable baby diapers from manufacturers in North America where quality is superior.

One wonders when you stand back and look at the trading action here if the news is already in the stock, but it is worth following along in this niche driven market which has been dominated by larger players.

Often disruptors in these staid markets get valuations and market multiples not normally seen. It will be interesting to see if future news about revenue can translate to appreciation in price for shareholders, it seems the crowd moves from these penny stock trades in a very fickle way so it becomes important to watch the volume and how participants are moving in our out. But I will say, it is not often you get disruption in the diaper market so Bemax Inc. (OTCMKTS:BMXC) is one that always will catch my eye. For more news on $BMXC and other fast-moving penny stocks, please subscribe to OracleDispatch.com below.