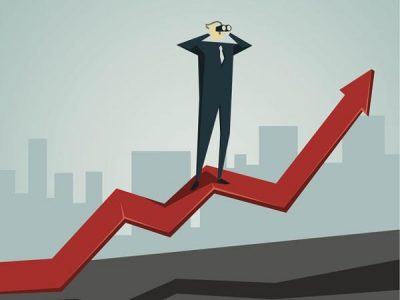 Citius Pharmaceuticals Inc (OTCMKTS:CTXR) has been moving lower of late, but that all changed over the last few days. The big announcement came on Thursday, when the company provided details of its phase 3 trial for Mino-Lok, an antibiotic lock solution used to salvage infected central venous catheters (CVCs) and to treat catheter-related bloodstream infections (CRBSIs). According to the release, “Mino-Lok is being developed as an adjunctive therapy for the treatment of catheter-related or central line-associated bloodstream infection (CRBSI/CLABSI) in combination with appropriate systemic antibiotic(s), to salvage infected CVCs, to preserve central venous access, and to avoid the complications and morbidities associated with catheter removal and reinsertion.”

The stock has powered more than 140% higher in just the past week. Volume has exploded in that time, with well more than a 10,000% increase in daily transaction volume, attesting to the rejuvenated level of interest among traders drawn in by the recent news. This is huge given the small float in play in CTXR (about 18M shares). As we generally like to note, this is an important combination of factors: ramping trading activity can overwhelm available supply in a stock with this type of small float, leading to an upward burst in prices.

Citius Pharmaceuticals Inc (OTCMKTS:CTXR) promulgates itself as a specialty pharmaceutical company that develops and commercializes therapeutic products in the United States.

The company has a collaboration and license agreement with Alpex Pharma S.A. to develop and commercialize orally disintegrating tablet formulations of pharmaceutical products in United States, Canada, and Mexico. Citius Pharmaceuticals, Inc. was founded in 2007 and is headquartered in Maynard, Massachusetts.

CTXR paints itself as “dedicated to the development and commercialization of critical care products with a focus on anti-infectives, cancer care and unique prescription products using innovative, patented or proprietary formulations of previously approved active pharmaceutical ingredients. We seek to achieve leading market positions by providing therapeutic products that address unmet medical needs. By using previously approved drugs with substantial safety and efficacy data, we seek to reduce the risks associated with pharmaceutical product development and regulatory requirements.”

Find out when $CTXR stock reaches critical levels. Subscribe to OracleDispatch.com Right Now by entering your Email in the box below.

As noted above, Citius Pharmaceuticals provided some new details for its much-anticipated phase 3 trial. According to the release, “Manufacturing of the clinical trial components which consists of minocycline HCl in the first pre-mix component and a solution of disodium EDTA and ethanol in the second component have been finalized; and, the two components are being assembled for distribution to the clinical trial sites. Clinical trial startup activities are underway and Citius is recruiting and qualifying sites for the trial. The first patient is expected to be enrolled in early 2017.”

Myron Holubiak, President and CEO stated, “We have been working diligently to assure that all of the work streams are coming together at the right time to begin our registration trial in the first quarter of 2017. Mino-Lok is Citius’ lead product, and we believe we will be able to show that there is an alternative to subjecting bacteremic patients to the risky CVC removal and replacement procedures.  Mino-Lok may improve outcomes in these patients.  We are also encouraged to see the passage of the 21st Century Cures Act by Congress last week. The Act amends the Federal Food, Drug, and Cosmetic Act to require the FDA to establish processes under which patient experience data may be considered in the risk-benefit assessment of a new drug.  We strongly believe that Mino-Lok therapy improves patient experience as compared to remove and replace procedures.  As was reported earlier, Mino-Lok has already received Qualified Infectious Disease Product (QIDP) designation which allows for Fast Track, Priority Review and extended market exclusivity.”

Currently trading at a market capitalization of $56.2M, CTXR has a decent store ($1.63M) of cash on the books, alongside total assets exceeding $23M, which must be weighed relative to an appreciable load ($172.97k) of total accumulated debt.

This is a very strong balance sheet situation and suggests the company may be able to weather some twists and turns, which is part of the bargain when developing new biotechnology. As more color becomes clear on the name, we will review the situation and update our take. For continuing coverage on shares of $CTXR stock, as well as our other hot stock picks, sign up for our free newsletter today and get our next hot stock pick!