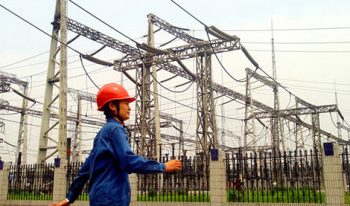 Cia Energetica de Minas Gerais CEMIG-ADR (NYSE:CIG) is one of Brazil’s brightest stars on the OTC. Brazilian electricity giant Cia Energetica de Minas Gerais CEMIG-ADR (NYSE:CIG) has been on a tear of late. The company’s shares were trading near the $2 level at the end of December, but have exploded out of the gate in 2017, now trading at $3.55. On a YTD basis, shares of the company are up 57.02%. The big question, of course, is what is leading to the big spike in CIG activity? We will dig in.

The big question, as noted above, is what is leading to the big spike in CIG activity? After all, Cia Energetica de Minas Gerais (known as CEMIG) is essentially just a play on the Brazilian electrical sector. It produces steady returns in a non-glamorous business. But that may be the secret to understanding why U.S. investors are so eager to pile into shares of CIG – they view it as a pure play on the Brazilian economy.

Find out when $CIG stock reaches critical levels. Subscribe to OracleDispatch.com Right Now by entering your Email in the box below.

There’s another bonus as well: CIG is viewed as a regional leader in clean energy. It has been part of the Dow Jones Sustainability Index for 17 consecutive years, making it the only company in the power sector in Brazil or Latin America to accomplish that feat. Moreover, as can be seen from the company’s archive of investor presentations, Cia Energetica de Minas Gerais has been a leader in energy efficiency and energy innovation.

But back to the idea of CEMIG being a play on the Brazilian economy. The company is also included in the Global Dow, which is an index meant to track worldwide stock performance. So, instead of investing in Brazil via a mix of different companies or funds, you can simply invest in CEMIG directly.

Going forward, then, investors should keep a close eye on developments in Brazil, especially the aftermath of the political mess that led to the impeachment of President Dilma Rousseff. In the months after her impeachment on August 31, there was a cloud hanging over Brazil. But in 2017, that cloud may be dissipating, and that’s good news for investors. If you’re confident about Brazil as one of the world’s great emerging markets, and aren’t concerned about the Trump administration’s desire to re-think its trade relationships as part of NAFTA, then one option might be investing in CIG as a way to profit from any growth in the Brazilian economy. For more news on Cia Energetica de Minas Gerais CEMIG-ADR (NYSE:CIG) and other fast-moving penny stocks, please subscribe to OracleDispatch.com below.