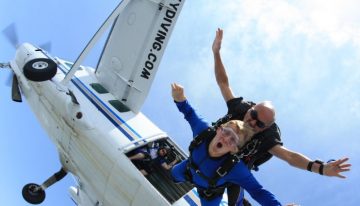 Cara Therapeutics Inc (NASDAQ:CARA) delivered a deep blow to shareholders last week. Just as investors were finally starting to see the returns they anticipated when investing in Cara Therapeutics Inc (NASDAQ:CARA), it came all came crashing down at the tail end of last week. The price dropped from a high of $28.50 on June 27th to a low of $15.25 on July 3rd eventually closing at $16.41, a 40% drop that shook up both investors and the biopharmaceutical company.  So what happened?
After a poor second half of 2015, the share price finally steadied in 2016 and rose nicely through the latter part of the year closing on the last trading day at $9.29, this bullish momentum carried through to 2017 and January proved to be a particularly fruitful month – ending the month at $15.32. The rally continued throughout February and March hitting a high of $20.90 on March 29th, and after some consolidation over April, May and the first half of June, CARA began to really take off reaching the high of $28.50 before the big drop.
Cara Therapeutics Inc (NASDAQ:CARA) is a clinical-stage biotechnology company  focused on developing and commercializing new chemical entities designed to fundamentally change the way acute pain, chronic pain and pruritus are managed.  The focus is on developing proprietary first-in-class compounds to treat pain, inflammation and pruritus (itch) without inducing many of the side effects associated with current therapies.
The dramatic fall in share price was due to the announcement that top line data from the phase 2 trial of Oral CR845 which is used to treat chronic pain for patients suffering from osteoarthritis, failed to live up to expectations.
Find out when $CARA stock reaches critical levels. Subscribe to OracleDispatch.com Right Now by entering your Email in the box below.

The trial was a randomized, double-blind, placebo-controlled trial of three tablet strengths of CR845, 1.0 mg, 2.5 mg and 5.0 mg, dosed twice a day over an eight-week treatment period in 476 patients with osteoarthritis of the hip or knee experiencing moderate-to-severe pain. The major disappointment was that the patients on the  1.0 mg and 2.5 mg tablet strengths did not exhibit significant reductions in mean joint pain scores compared to the placebo. There was an improvement for those with hip problems  taking the 5mg dose but not for the overall patient group.
The Chief Medical Officer, Joseph Stauffer stated:
“”We believe that the present trial of oral CR845 has highlighted the potential of a peripherally acting kappa agonist to provide clinical benefit in a chronic pain population and we’re pleased that statistical significance was achieved for the 5.0 mg dose in patients with OA of the hip. The drug was observed to be well tolerated over the treatment period and this overall data set will inform both our dose selection and patient population in designing our next trial of oral CR845 in OA patients.”
Although this was quite clearly a major setback for Cara Therapeutics Inc (NASDAQ: CARA) and was received badly by investors, there was some positive news earlier in June. On June 23rd, the FDA granted the company Breakthrough Therapy designation to I.V. CR845 for the treatment of moderate-to-severe uremic pruritus (UP) in chronic kidney disease (CKD) patients undergoing hemodialysis.
CEO Derek Chalmers commented:
“The FDA’s decision to grant Breakthrough Therapy designation is recognition of both the significant unmet medical need among CKD patients with UP and the potential of I.V. CR845 to address it. We have already initiated our Phase 3 program and look forward to working closely with the FDA to bring this potential new treatment option to hemodialysis patients as quickly as possible.”
The Final Note: CARA successfully completed a public offering of 5,117,500 shares of its common stock in April, including full exercise of the underwriters’ option to purchase additional shares at $18.00 per share, raising approximately $86.5 million in net proceeds after deducting underwriting discounts and commissions, but before deducting estimated offering expenses payable by the Company. First quarter results showed a net loss of $22.2 million, or $0.81 per basic and diluted share, for the first quarter of 2017 compared to a net loss of $10.7 million, or $0.39 per basic and diluted share, for the same period of 2016. For continuing coverage on shares of Cara Therapeutics Inc stock, as well as our other breakout stock picks, sign up for our free newsletter today and get our next hot stock pick!