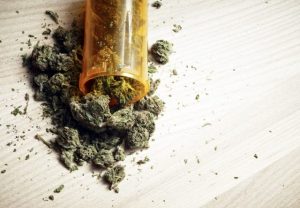 APHRIA INC COM NPV (OTCMKTS:APHQF) is another of the top-tier Canadian MMJ producer plays that we have been “high” on over the past year. APHQF is always loaded with cash and finding interesting and innovative ways to diversify its exposure – a real key in a maturing commodity market. The company recently went out of its way to comment on the Ontario government’s proposed retail and distribution model of legalized recreational cannabis. Clearly, as with most in the regional market, the move is being applauded here as well.
According to that release, “This marks an important step forward for the province and a responsible step forward for the industry with the introduction of a model that will help restrict access to youth, protect the health and safety of Ontarians, and keep profits out of the hands of the black market.” In addition, recent events suggest that the Canadian MMJ market may be generally boosted by a recent approval to begin shipping dried flower out of the country and over into the German market. That could open up a new source of demand and boost the crop pricing.
APHRIA INC COM NPV (OTCMKTS:APHQF) bills itself as a company that produces, supplies, and sells medical cannabis in Canada. Its cannabis products include dried flowers and cannabis oils. APHQF sells its products through its online store and telephone orders, as well as MMPR licensed producers.
According to press materials, “APHQF is one of Canada’s lowest cost producers, produces, supplies and sells medical cannabis. Located in Leamington, Ontario, the greenhouse capital of Canada. APHQF is truly powered by sunlight, allowing for the most natural growing conditions available. We are committed to providing pharma-grade medical cannabis, superior patient care while balancing patient economics and returns to shareholders. We are the first public licensed producer to report positive cash flow from operations and the first to report positive earnings in consecutive quarters.”
Find out when $APHQF reaches critical levels. Subscribe to OracleDispatch.com Right Now by entering your Email in the box below.

As we discussed above, the company is happy to see the Ontario government’s recently proposed retail and distribution model of legalized recreational cannabis. “The proposed approach by the Ontario government is a great beginning with the earmarkings of a model that the cannabis industry can work with as time marches on,” said Vic Neufeld, Chief Executive Officer of Aphria. “Aphria shares the government’s commitment to ensuring a safe and sensible approach to the sale and distribution of recreational cannabis, and we look forward to working with all levels of government to position Ontario’s cannabis market as a global leader.”
The big picture is this: as we get some real regulations with teeth in place, post-legalization, we build a consistent and legitimate marketplace that has a boosted reach to consumers domestically. That’s all part of a maturing marketplace. There’s still a long ways to go, but setting these blocks in place will likely create a more mainstream market for the product and boost demand. In addition, as we start to lay down the integuments of trading permissions, we move in the same direction, but with an increasingly large pie to slice up among the industry leaders. And from where we stand, APHQF is certainly a member of that group.
Traders will note 23% tacked on to share pricing for the stock in the past month. Market participants may want to pay attention to this stock. APHQF is a stock whose past is littered with sudden rips. In addition, the name has witnessed a pop in interest, as transaction volume levels have recently pushed 30% over the long run average.
Currently trading at a market capitalization of $777.9M, APHQF has a significant war chest ($79.9M) of cash on the books, which must be weighed relative to about $1.6M in total current liabilities. One should also note that debt has been growing over recent quarters. APHQF is pulling in trailing 12-month revenues of $20.4M. In addition, the company is seeing major top line growth, with y/y quarterly revenues growing at 106%. We will update the story again soon as developments transpire. Sign-up for continuing coverage on shares of $APHQF stock, as well as other hot stock picks, get our free newsletter today and get our next breakout pick!
Disclosure: We hold no position in $APHQF, either long or short, and we have not been compensated for this article.