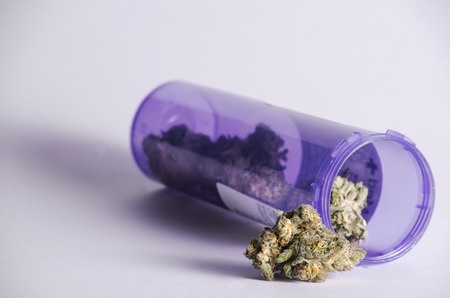 Cannabis Science Inc (OTCMKTS:CBIS) is a stock that’s been taking full advantage of the sound and the fury as Green Rush 2.0 stampedes toward the multi-state marijuana referendum on November 8. The latest move saw the stock up as much 67% today. With nearly 2 billion shares out and about, that’s quite a feat.

So, how was this done? The company released news announcing to the market that they are talking to people about properties located in California and Oregon. On that basis, the market capitalization of the company rose by, at one point in the day, over $62 million. The properties themselves would probably be worth less than half of that. And the Company has not committed to anything. That’s the level of enthusiasm going here in the cannabis space at present. We have been recommending the space rather obsessively and fervently over the past 8 weeks and this is why. Markets are always interesting, even if they aren’t always logical. But the behavior here was not unforeseeable, especially for folks who were active in these stocks in early 2014.

Cannabis Science Inc (OTCMKTS:CBIS) frames itself as a company that develops, produces, and commercializes phyto cannabinoid-based pharmaceutical products primarily in the United States. The company is involved in developing medicines for autism, blood pressure, cancer and cancer side effects, as well as for other illnesses comprising for general health maintenance. It also develops CS-TATI-1 for newly diagnosed and treatment-experienced patients with drug-resistant HIV strains, as well as those intolerant of available therapies; CS-S/BCC-1 to treat basal and squamous cell carcinomas; and a proprietary cannabis-based therapy for neurological conditions.

Find out when $CBIS reaches critical levels. Subscribe to OracleDispatch.com Right Now by entering your Email in the box below.

As noted above, the company announced, rather loudly and clearly, that they are in the process of negotiating a possible deal to acquire two properties, a 200-acre California property and a 100-acre property in Nevada.

Apparently, according to the release, “The deals would give the company a combined access to well over ten million sq. ft. for large-scale drug development grow and production operations. This added capacity will allow the company to bring products from concept to clinical trials much faster in addition to improving the company’s output capabilities from a manufacturing standpoint.”

The company has also made clear that the focus is to immediately grow to harvest for high levels of CBD extractions with low THC levels for applicable non-psychoactive delivery methodologies, rather than to participate in the potentially newly opening recreation markets.

“I’d say our plans are moving right along nicely to expand our footprint across the country. We were very pleased by the excitement our investors shared with us as we closed the McDermitt Tribe deal in Nevada. These deals are on a whole new level, and we are moving fast,” said Director, President, CEO & Co-Founder, Raymond C. Dabney. “With the demand we saw for partners and tenants in Nevada, it makes sense for us to continue seeking expansion in this avenue, as we feel it is one of the most effective ways we can create sustainable growth for our company, our partners, and our shareholders.”

We would emphasize a couple themes here. First, the recent news does not commit the company to any action at all. Second, according to documentation, they have virtually no cash on the books. This stock has a long history of making use of enthusiastic markets to dilute investors and use the press advantageously. That’s frankly not even a rebuke. It’s simply a healthy reality check. Can you make more money here? Probably. But you don’t need to slip a ring on its finger.

At this time, carrying a capital value in the market of $121.2M, CBIS has virtually no cash on the books, in a pool of total assets greater than $2M, which compares with an appreciable load ($1.67M) of total accumulated debt. Traders will note just under 350% during the past month in terms of shareholder gains in the stock. This is emblematic of the stock. CBIS has evidenced sudden upward volatility on many prior occasions. What’s more, the listing has witnessed a pop in interest, as transaction volume levels have recently pushed a bit less than 630% over the long run average. That’s some loud music and flashing lights. You can have fun dancing. But we would suggest to our readers that the party will end at some point. Keep this in mind. For continuing coverage on $CBIS and other hot penny stocks, sign up for our free newsletter now and get our next hot stock pick!