Cannabis Sativa Inc (OTCMKTS:CBDS) The Squeeze is On 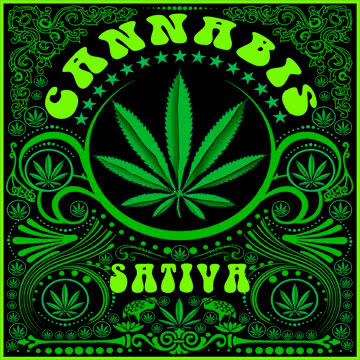 Cannabis Sativa Inc (OTCMKTS:CBDS) is a stock we pointed out a few weeks ago when it was pulling back from its early September spike. We noted that we liked the chances of “a mechanically driven price squeeze as share supply becomes a factor in the wake of future catalysts.”

As for the future catalysts, the company announced its participation in the always-landmark “State of Marijuana” event on the iconic Queen Mary cruise ship in Long Beach, California, at the end of last month. That doesn’t seem like much, but the stock is on fire. Obviously, the whole space is on fire, and this is one of the leadership plays – a ‘General’ on the marijuana battlefield, if you will. It has been a key play ever more so in the wake of the company’s acquisition of majority ownership interest in iBudtender, Inc.

CBDS plans to develop, produce and market products through joint ventures with companies licensed under state regulations applicable to cannabis businesses. It holds the license for a medicinal cannabis strain called NZT, a cannabis lozenge delivery methodology, and a cannabis trauma cream formula. The Company is also developing a third strain of cannabis plant named CT22.

Find out when $CBDS reaches critical levels. Subscribe to OracleDispatch.com Right Now by entering your Email in the box below.

The story with this stock is a combination of industry fervor, trader enthusiasm and real proximal catalysis.

About two months ago, Cannabis Sativa announced that, in accordance with a previously signed Memorandum of Understanding and definitive agreement, it had acquired a majority ownership interest in iBudtender, Inc. CBDS President David Tobias stated, “The acquisition targeted the online business and website iBudtender.com, giving Cannabis Sativa excellent positioning in the canna-tech sector with an ancillary company that has a huge upside – and importantly, a business with a great degree of insulation from the regulatory issues that have recently come to the forefront of the cannabis and hemp industries. We are confident that the iBudtender management, which remains intact, will continue to work hard to not only compete in its space, but flourish.”

The stock has been on fire since that announcement.

As those catalysts conspire – the fervor in the space and the clearly important catalysts in CBDS growth prospects over time – that float comes back to mind. According to OTCmarkets.com, it’s down to just 4.2 mln shares, which is a horror show if you happen to be short this thing.

CBDS has a history of dramatic rallies as it is. But there are larger forces at work right now that amplify that markedly. Compound that further by attention, and a 250% jump in average daily trading volume, and that float becomes an even more poignant issue.

Currently trading at a market capitalization of $65.6M, CBDS has a decent store ($129.05k) of cash on the books, with total assets a bit less than $3.9M, which must be weighed relative to a manageable load of $167k in accumulated debt. Let’s be frank, though: this is all about momentum and mojo in the space right now, with nine states heading to their respective ballot boxes to contemplate further legalization of marijuana in just a few weeks. There is a wide sky above this stock and only a few shares rattling around out there to fill it. It might not keep going, but we certainly wouldn’t risk betting against it. For continuing coverage on $CBDS and our other fast moving picks, sign up for our free newsletter today and get our next hot stock pick!