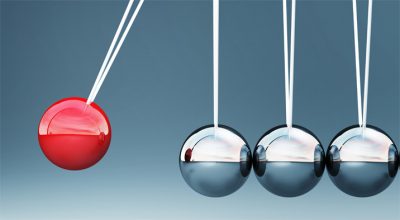 Cannabis Sativa Inc (OTCMKTS:CBDS) is a micro-cap player in the cannabis patch that has started to harness renewed momentum so far in the new year. The company has been a bit less vocal on the newswires of late, but did reach out to traders recently to highlight the fact that its Hi Product line was featured in the Los Angeles Times business section in an article detailing trademarking and branding issues in the cannabis industry, on January 7, 2017.

Recent action has seen 37% tacked on to share pricing for the listing in the past month. The situation may be worth watching. CBDS has a history of dramatic rallies. Furthermore, the company has witnessed a pop in interest, as transaction volume levels have recently pushed 7% over the long run average. Traders should note this as important with a float in play that’s tiny — barely over 4.2M shares. One is wise to respect the dynamic this may create — a jump in average daily transaction volume in a stock with a restricted float can unleash fireworks as supply is squeezed. Since we last covered the name, the stock has moved 30.1%.

Find out when $CBDS stock reaches critical levels. Subscribe to OracleDispatch.com Right Now by entering your Email in the box below.

As noted above, the company recently received some free publicity in the form of an LA Times story. The story showcases the hi product line and the current United States Patent and Trademark Office (USPTO) stance that although cannabis is widely being legalized by states, it is still federally illegal, thereby precluding trademark registration for cannabis products.

The article covers the tactic of cannabis companies trademarking ancillary products as the only course they can take to protect their intellectual property (IP).

The release goes on to note an interesting point that further plays in the company’s favor: The USPTO’s stance on cannabis trademarks appears to differ somewhat from their stance on cannabis patents. On December 20, 2016, Cannabis Sativa was awarded Patent PP27,475 fora Cannabis Plant. The plant, Ecuadorian Sativa, is also known as CTA. This is one of the few cannabis strains allowed by the USPTO and was the result of seven years of legal effort. The Company plans to market or license the patented strain using the names Ecuadorian Sativa and CTA. The stance of the USPTO on whether Cannabis Sativa will be awarded the trademark Ecuadorian Sativa or CTA, or whether it is implied in the patent is the quandary.

“We would hope that the USPTO recognizes Cannabis Sativa’s ownership of the Equadorian Sativa and CTA names, as they appear to be implicitly granted in the patent”, Tobias said. As stated in Koren’s article, “The goal of trademark law is to prevent consumer confusion, and different companies can use the same name for products as long as their products are in different categories and wouldn’t cause confusion”, and that “trademark protection can apply not only to products a company makes now, but to products that a company might reasonably be expected to make later on — what trademark lawyers call the zone of natural expansion”. We are hopeful that industry awareness and articles such as Mr. Koren’s will help shift the USPTO’s stands on the issuance of trademarks for cannabis related products.”

Earning a current market cap value of $124.1M, CBDS has virtually no cash on the books, which must be weighed relative to about $336K in total current liabilities. One should also note that debt has been growing over recent quarters. CBDS is pulling in trailing 12-month revenues of $76K. In addition, the company is seeing major top line growth, with y/y quarterly revenues growing at 5.2%. This is an exciting story, and we look forward to a follow-up chapter as events transpire. For continuing coverage on shares of $CBDS stock, as well as our other hot stock picks, sign up for our free newsletter today and get our next hot stock pick!