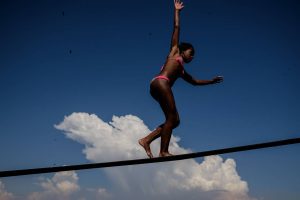 Cannabics Pharmaceuticals Inc (OTCMKTS:CNBX) is finally bouncing upward after a decline from highs in late March. Shares were trading as high as $7.00 per share, but lost 90% in the preceding months. As it sits, CNBX is $1.00 per share with a market cap of $163.6 million and 114.68 million shares outstanding. The company released news back in February and shares exploded and then plunged. They addressed the volatility reaching out to shareholders, but seemed to be just as confused by the market volume and volatility. However, CNBX may have found footing after the recent turn last week.
During the February volatility, CNBX said, “…We wish to inform shareholders and the public at large that is acutely aware of the significant increase in our share volume this past month and we were contacted by OTC Markets on February 21st regarding this matter”.
Cannabics Pharmaceuticals Inc (OTCMKTS:CNBX) and CEO, Itamar Borochov, said at the time, “We are very aware of the increased interest in our science and its apparent results in the marketplace.” I wish to reiterate that there is neither any undisclosed material information available nor any paid promotional activity or Investor Relations for the Company at all. The sole source of the Company’s public information has been press releases which we, the Company, authorize and release ourselves”.
Subscribe below and we’ll keep you on top of what’s happening before $CNBX stock makes its next move.

CNBX believes that its planned commercialization of its Liquid Biopsy Diagnostic tests to the recent increased activity. As stated in that release, CNBX started to test patients in March. The company believes the rapidly increasing awareness and interest in companies operating in the field of cannabinoid-based biotechnology has simply created heightened demand.
In April, the company announced that it received the final report of the research held in the Technion Israel Institute of Technology, in which the antitumor activity of cannabinoids was reflected in several types of cancer (breast, ovarian, colon, pancreatic, gastric, glioblastoma).
The results which were obtained, using High Throughput Screening technology, and could clearly indicate that the company’s cannabinoid compounds caused apoptosis in all cancer types with no effect on healthy normal cells.
Itamar Borochov, CEO of Cannabics Pharmaceuticals said, “The results from this research strengthens our vision of creating anticancer treatments based on natural cannabis medicine”.
The company provided an update saying, “Cannabis has the potential of being a natural cancer attenuator comprising numerous active compounds which interact with human cells in a complex manner. Understanding the biological mechanism is a long and profound process, yet, utilizing diagnostic lab tests and clinical studies this potential can be unraveled “.
The Bottom Line: Cannabics Pharmaceuticals Inc. (OTCMKTS:CNBX) is taking steps to secure operating capital. CNBX announced in May that it entered into a securities purchase agreement with D-Beta One EQ, Ltd., who purchased 3,000,000 shares of common stock at a $1.00 per share, for aggregate proceeds of $3.0 million and may purchase up to an additional 1,500,000 shares at $2.00 over the next 12 months. This stock may have found a base point and could be finally ready to hold its ground. We will keep you updated as news comes in. For continuing coverage on shares of $CNBX stock, as well as our other hot stock picks, sign up for our free newsletter today and get our next hot stock pick!