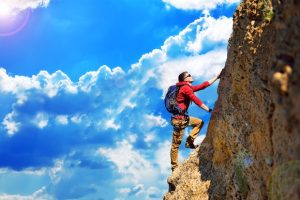 Bulova Technologies Group, Inc. (OTCMKTS:BTGI) is a microcap conglomerate posting triple-digit gains after releasing a new revenue report. Shares of Florida-based Bulova Technologies Group, Inc. (OTCMKTS: BTGI) skyrocketed by more than 217.86% on May 31 after the company reported better than expected earnings for its most recent quarter. That has investors wondering how much higher this diversified conglomerate could head.

What has investors so optimistic now are the most recent financial numbers. In 2Q 2017, Bulova Technologies Group, Inc. (OTCMKTS:BTGI) posted revenue of $6.259 million. And the company’s management reiterated an annual revenue target of $28.0 million. To make that target, revenue would only have to increase by 10-15% each quarter.

Like any diversified conglomerate, BTGI has its hands in a large number of businesses, many of them not related to each other at all. For example, the company runs a freight handling and transport business, and is also engaged in the commercial sale of computer numerical control (CNC) machines. These two business segments – freight transportation and industrial machine tools – are the main focus of BTGI.

But if you dig a little deeper into the company, BTGI seems to be engaged in far more than that. On the company’s website, BTGI mentions that one of its subsidiaries – Bulova Technologies Europe – has nothing at all to do with transportation or industrial machines. Instead, this subsidiary is engaged in the carrying out of military contracts, including the “movement of military articles across NATO borders.” Oh, and just for good measure, this subsidiary imports small caliber ammunition for the U.S. commercial ammunition marketplace.

Subscribe below and we’ll keep you on top of what’s happening before $BGTI stock makes its next move.

And it’s not just military contracts where Bulova has a new business focus – it also has a healthcare subsidiary that’s engaged in the sale of Osteo FX, a material used to make orthopedic casts.

From that perspective, as long as Bulova continues to report higher revenue every quarter, it really doesn’t matter where the revenue is coming from  – there are a wide range of businesses, and since they are so diversified, there’s only one that really needs to be doing well to make the quarterly revenue target.

The company has made some strategic moves that could act as near-term catalysts. In August 2016, Bulova acquired Florida-based Global Frozen Trucking. That would seem to be a strategic move that actually makes sense, given that Bulova is already active in freight handling and transport. It’s possible to see how that acquisition might actually drive bottom line results for Bulova. But the deal itself is not a blockbuster – it will only involve the addition of six late model trucks and seven refrigerated trailers to Bulova’s current transportation fleet.

However, what’s most concerning if you’re a skeptical investor is how little news Bulova seems to have about its other core business, especially the commercial sale of high precision industrial machine tools. Instead of press releases about new client wins or new projects, the company sent out a press release in 2016 saying that it had appeared at a Chicago manufacturing trade show and that people stopped by its booth at that trade show. In other words… so what?

It’s easy to see that Bulova Technologies Group could become a momentum play for some investors. The stock has shown the ability to post some spectacular gains within very short periods of time. But caveat emptor – it’s not really clear whether this industrial conglomerate has a true vision of where it wants to head next. For more news on Bulova Technologies Group and other fast-moving penny stocks, please subscribe to OracleDispatch.com below.