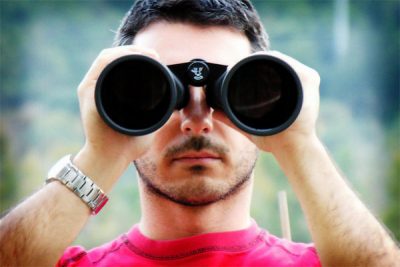 Peabody Energy Corporation (OTCMKTS:BTUUQ) has been one of the most important stories of the last few months on the OTC. This is a Chapter 11 play in the thermal and metallurgical coal space. The company was destroyed by a combination of overproduction of coal in China, the broad commodities bear market in 2014-15, and the legislative and societal turn away from acceptance of coal as an environmentally viable energy source. Then, two things happened.

First, due to shortages in coal and increasing demand for steel, the price of metallurgical coal soared higher in October. Metallurgical coal is primarily sold to steel mills and used in the integrated steel mill process. When making steel, two of the key raw ingredients are iron ore and coke. Coke is used to convert the iron ore into molten iron. BTUUQ has become a key player in that space. Second, Donald Trump’s election is a step in the direction of rolling back all major environmental regulations, potentially including those related to coal.

Find out when $BTUUQ stock reaches critical levels. Subscribe to OracleDispatch.com Right Now by entering your Email in the box below.

Since mid-October, shares of BTUUQ have been on a prodigious roller coaster ride, jumping from $1.50 to $18.75, and then back down to oscillate around the mid-point of that range. Hanging in the balance is the question of whether or not there is going to be value for common shareholders in the reorganization plan before the stock re-emerges from creditor protection.

On May 18, 2016, the Bankruptcy Court entered an order approving a Super-priority Secured Debtor-in-Possession Credit Agreement (the “DIP Credit Agreement”), dated April 18, 2016, between the Company, as borrower, Citibank, N.A., as administrative agent and the lender parties thereto on a final basis.

Then, just last week, the company filed a motion with the Bankruptcy Court “seeking, among other things, authority to pay in full all amounts outstanding under the DIP Credit Agreement prior to the scheduled maturity date and confirmation of the Company’s continued use of cash collateral (the “DIP Motion”). The Company expects that the repayment of its obligations under the DIP Credit Agreement will not impact the Company’s rights and obligations under settlement agreements and consent orders with certain state environmental regulatory agencies, including the super priority administrative claims granted pursuant to and in accordance with those agreements and orders, as noted in the DIP Motion and proposed order.”

Note that shares got punished on this announcement. We don’t know for certain why this is the case, but we can venture a hypothesis: this step is likely an immediate precursor to announcing a reorganization plan. And yet, to our knowledge, there has not been an equity committee formation in this process.

Hence, those who piled in full bore looking for the rise in coal prices to guarantee some value for common stockholders in emergence are likely hedging those bets hard upon seeing the exit financing repayment.

At this time, carrying a capital value in the market of $159.1M, BTUUQ has a lot of options on the table right now. It’s main comparable alternative in the market, ARCH, is performing very well, and major Peabody investors probably want to get this behind them. We may have a reorganization plan on the table very soon, so expect a lot of volatility here. We will update the story again soon. For continuing coverage on shares of $BTUUQ stock and our other hot stock picks, sign up for our free newsletter now and get our next hot stock pick!