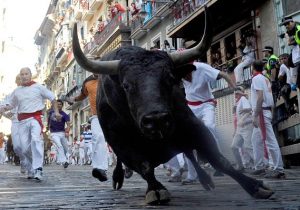 Sabina Gold & Silver Corp (OTCMKTS:SGSVF) has been a major winner for shareholders in 2017 against a backdrop that – let’s face it – has been far from exciting for precious metals investors. Shares of Sabina have risen as much as nearly 200% higher in 2017, and have been holding strong above their key 200-day simple moving average, reinforcing the sense of a bullish trend with places to go. This is despite a Fed tightening cycle, a weak gold market, and a strong US dollar – all factors that generally weigh on junior mining shares.
One key reason SGSVF has fared so well is a strong micro story. In that vein, the company just announced that it has received a positive decision from the Minister of Indigenous and Northern Affairs Canada that the Back River Project may move forward to the regulatory and licensing phase which would include completion of all necessary permits to commence mine construction.
Sabina Gold & Silver Corp (OTCMKTS:SGSVF) casts itself as a Canadian precious metals company on track to become a mid-tier gold producer. The Company has a portfolio of properties in Canada at different stages of development. The Company’s flagship projects are currently located in Nunavut, in the Canadian North.
The company is a well-financed, emerging precious metals company with district scale, world class undeveloped assets in one of the world’s newest, politically stable mining jurisdictions: Nunavut, Canada.
In September 2015, SGSVF released a Feasibility Study on its 100% owned Back River Gold Project which presents a project that has been designed on a fit-for-purpose basis, with the potential to produce ~200,000 ounces a year for ~11 years with a rapid payback of 2.9 years. At a US$1,150 gold price and a 0.80 exchange rate, the Study delivers a potential after-tax internal rate of return of approximately 24.2% with an initial CAPEX of $415 million.
In addition to Back River, SGSVF also owns a significant silver royalty on Glencore’s Hackett River Project. The silver royalty on Hackett River’s silver production is comprised of 22.5% of the first 190 million ounces produced and 12.5% of all silver produced thereafter.
Find out when $SGSVF reaches critical levels. Subscribe to OracleDispatch.com Right Now by entering your Email in the box below.

As noted above, Sabina has bucked the trend in the precious metals space to score big wins so far in 2017. The latest from the company serves as a good example of how management has executed on an operational level along the way. Getting permits together is often where the ground falls from beneath a junior miners feet. So far, the company is moving things in the right direction at its Back River location according to this release.
“This letter is a significant milestone event for the Back River Project and for Sabina as it is the most important decision in the permitting process,” said Bruce McLeod, President & CEO. “After a multi-year environmental assessment, we are extremely pleased that Back River now has the green light to move ahead to the final phase. The issuance of a Project Certificate for Back River enables us to start preparing in earnest towards our goal of becoming a mid-tier gold producer in one of the world’s best mining jurisdictions, and now enables us to formalize our budget and work plans for 2018. In addition, the recent execution of a binding term sheet with the Kitikmeot Inuit Association has strengthened our relationship with our stakeholders and we look forward to creating a long-lasting legacy of environmental stewardship and sustainable economic development for the people of the Kitikmeot Region and Nunavut.”
As far as next steps, the release continues on to state that the file is now with the NIRB who will be holding a workshop in the coming weeks to review terms and conditions for the Project Certificate. Apparently, following this step, protocol calls for the issuance of a Project Certificate in approximately 30-45 days.
Currently trading at a market capitalization of $303.5M, SGSVF has a significant war chest ($13.1M) of cash on the books, which stands against virtually no total current liabilities. The company is pre-revenue at this point. You can bet we will update this one again as new information comes into view. Sign-up for continuing coverage on shares of $SGSVF stock, as well as other hot stock picks, get our free newsletter today and get our next breakout pick!
Disclosure: we hold no position in $SGSVF, either long or short, and we have not been compensated for this article.