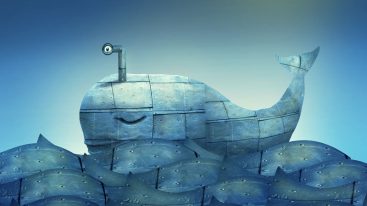 BTCS Inc (OTCMKTS:BTCS) has been a clear OTC pin-action play on the Bitcoin frenzy. BTCS stock has generally moved in sync with the larger crypto herd through most of its major gyrations. That pattern of action held up once again to start this week as the whole crypto space came running back hard following two key hits to the group late last week.
The first problem was rumors and then in fact news reports that China is done catering to the cryptocurrency market. China is a command economy: the small group in Beijing makes a decision, and that’s that. No more China ICO’s will be coming. The market has reason to believe more country’s will be making similar stands before too long, which is a real hurdle for the future of something like Bitcoin. The other key negative catalyst was commentary out of JPM’s CEO, Jamie Dimon, who called Bitcoin a “fraud” and stated that he would fire anyone at his firm who was “stupid enough” to think it had any real value at all. Those factors knocked 40% out of Bitcoin prices in a very short time.
BTCS Inc (OTCMKTS:BTCS) operates a beta eCommerceE marketplace. It hosts an online ecommerce marketplace where consumers could purchase merchandise using digital currencies, such as bitcoin, litecoin, and dogecoin. The company was formerly known as Bitcoin Shop, Inc. and changed its name to BTCS Inc. in July 2015. BTCS Inc. was founded in 2013 and is headquartered in Arlington, Virginia.
According to press materials, “BTCS is one of the first U.S. publicly traded companies focused on digital assets and blockchain technologies. Subject to additional financing, BTCS plans to create a portfolio of digital assets including bitcoin and other “protocol tokens” to provide investors a diversified pure-play exposure to the blockchain space. The blockchain is a decentralized public ledger and could fundamentally impact all industries on a global basis that rely on or utilize record keeping and require trust. BTCS is keenly focused on growth through acquisition and intends to acquire digital assets through open market purchases and participation in initial digital asset offerings (often referred to as initial coin offerings). Additionally, BTCS may acquire digital assets by resuming our transaction verification services business (often referred to as mining) through outsourced data centers, earning rewards in digital assets by securing their respective blockchains.”
Find out when $BTCS reaches critical levels. Subscribe to OracleDispatch.com Right Now by entering your Email in the box below.

As noted above, BTCS has been running with the crypto pack for the most part, though the stock has lagged on the upward swings for the most part, which is why shares of the company are only up about 40% since late July (we have seen several plays in the space move 1000% or more in that time).
The space itself has been subject to some hurdles. It’s particularly important for traders to understand that the Chinese story is likely just the first of many similar moves to come from other countries. Because China is a command economy, they don’t have to go through ratifying or voting channels to take a stand against something like cryptocurrency accessibility within domestic borders. Here in the US or in the EU, that type of regulatory ruling takes much more time to achieve.
The motive for China was twofold: First off, they are in a battle to contain cash flight given the country’s extremely high leverage levels. They have enacted capital controls to prevent money from flowing out into foreign banks and assets. But cryptocurrencies are tougher to regulate in that respect. However, secondly, China faces the same thing that most other countries face with Bitcoin:
Cryptocurrencies threaten the long-term prospects for banking, credit cards, and roughly half of all assets housed by the government and major banks. And payments made in bitcoin for work or sales of goods or services are basically untaxable because they cannot be tracked by governments. So long as that remains the case, we are likely to see more moves like China’s in our future.
We’ve witnessed 32% tacked on to share pricing for the name in the past week, a rally that has pushed up against longer standing distributive pressure in the stock. The situation may be worth watching. BTCS is a stock who’s past is littered with sudden rips. Moreover, the name has benefitted from a jump in recent trading volume to the tune of approaching 320% above its longer-run average levels.
Now commanding a market cap of $9.4M, BTCS has virtually no cash on the books, which must be weighed relative to virtually no total current liabilities. BTCS is pulling in trailing 12-month revenues of $360K. However, the company is seeing declines on the top line on a quarterly y/y basis, with revenues falling at -97.9%. We will update the story again soon as further details emerge. Sign-up for continuing coverage on shares of $BTCS stock, as well as other hot stock picks, get our free newsletter today and get our next breakout pick!
Disclosure: We hold no position in $BTCS, either long or short, and we have not been compensated for this article.