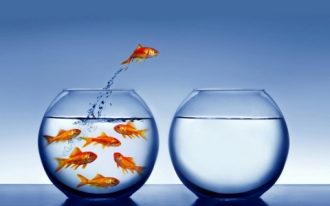 Lexaria Bioscience Corp (OTCMKTS:LXRP) has clearly been one of the more dramatic winners on the OTC over the past 6 weeks, rising as much as 250% in that time as the company continues to make inroads into a biotechnology strategy that has the potential to align it with some powerful trends. As we see it, the most important event sparking this monster run really has to do with its control over a subsidiary involved in the explosive hemp oil space.
However, we also recently showcased the name after it filed for IP rights with the USPTO for a technology aimed at delivery of phosphodiesterase type 5 (PDE5) inhibitors – trade names of existing well-known products include ViagraTM (sildenafil) and CialisTM  (tadalafil). But the company has also been active in rearranging its cap table here and there, including a recent 8K that shows some movement on warrants and options indicating perhaps a smaller level of dilution than the market had been expecting. The result has been another strong breakout in shares of the stock to close last week.
Lexaria Bioscience Corp (OTCMKTS:LXRP) promulgates itself as a company that, through its subsidiary, PoViva Tea LLC, produces and sells hemp oil-infused food products extracted from agricultural hemp under the ViPova and Lexaria Energy brand names in the United States.
The company was formerly known as Lexaria Corp. and changed its name to Lexaria Bioscience Corp. April 2016. Lexaria Bioscience Corp. was founded in 2004 and is based in Kelowna, Canada.
According to company materials, “Lexaria Bioscience Corp. is a food biosciences company with a proprietary technology for improved delivery of bioactive compounds. The Company’s lipophilic enhancement technology has been shown to enhance the bioavailability of orally ingested cannabinoids, while also masking taste. This technology promotes healthy ingestion methods, lower overall dosing and higher effectiveness in active molecule delivery. The Company’s technology is patent-protected for cannabidiol (CBD) and all other non-psychoactive cannabinoids, and patent-pending for Tetrahydrocannabinol (THC), other psychoactive cannabinoids, non-steroidal anti-inflammatory drugs (NSAIDs), nicotine and other molecules.”
Find out when $LXRP stock reaches critical levels. Subscribe to FinanceRegistrar.com Right Now by entering your Email in the box below.

As discussed above, we believe the trend in this stock – which has no doubt been remarkable and explosive over recent weeks – is most clearly about hemp oil. However, there are other moving parts in play. And whenever you get a major run in a micro-cap stock, you know folks are going to try to cash in.
That’s why it isn’t surprising to see the company’s recent release focused on some various moves to remunerate company officials.
According to the release, “Lexaria announces it has received US$6,733.02 from the exercise of a compensation option certificate previously granted. The compensation option certificate was exercised at the price of US$0.42 and a total of 16,031 common shares are being issued. This exercise is by a third party who is neither an officer nor a director of the Company. The Company has also issued 8,016 warrants with an exercise price of US$0.60 and an expiration date of April 3, 2019, related to the compensation option certificate.”
However, as suggested above, the market may have been expecting quite a bit more in this department. So, recent momentum has not been impacted by the moves.
The chart shows 87% during the past month in terms of shareholder gains in the company. Market participants may want to pay attention to this stock. LXRP has a track record that includes a number of dramatic bounces. In addition, the listing has witnessed a pop in interest, as transaction volume levels have recently pushed topping 160% above the average volume levels in play in this stock over the longer term.
Currently trading at a market capitalization of $86.8M, LXRP has a significant war chest ($2.5M) of cash on the books, which compares with virtually no total current liabilities. LXRP is pulling in trailing 12-month revenues of $64K. In addition, the company is seeing major top-line growth, with y/y quarterly revenues growing at 46.7%. We will update the story again soon as further details emerge. Sign-up for continuing coverage on shares of $LXRP stock, as well as other hot stock picks, get our free newsletter today and get our next breakout pick!
Disclosure: we hold no position in $LXRP, either long or short, and we have not been compensated for this article.