BITCOIN SERVICES I (OTCMKTS:BTSC) Continues to Feast on the Crypto Craze 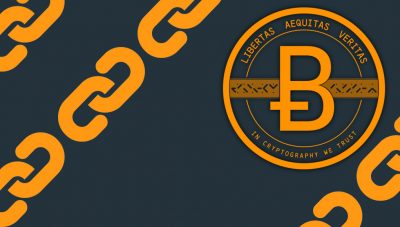 BITCOIN SERVICES I (OTCMKTS:BTSC) has been perhaps the poster child of a microcap running full-out with the Bitcoin craze in recent weeks. BTSC has been positively on fire in that time, running from under a dime to as much as $0.64/share since mid-November. We suggested this type of action might be on the way when we put out a piece a few weeks ago entitled, “Recent Survey Suggests More Good Times for BITCOIN SERVICES I (OTCMKTS:BTSC)”. That piece centered on what we think is really the crucial issue here.
It comes down to exposure. There are clearly big catalysts driving the cryptocurrency mania right now, including the initialization of not one, not two, but three different futures contracts, as Nasdaq just announced they were going to join CBOE and CME last week. With that move, we will start to see more and more big money joining this space in the form of crypto hedge funds. But they will be joining a movement that is now dominated by investors who are much more attached to their holding then the majority of financial media pundits may understand.
BITCOIN SERVICES I COM USD0.001 (OTCMKTS:BTSC) bills itself as a company engaged in the mining of Bitcoin as well as Blockchain software development. Bitcoin mining is the process by which transactions are verified and added to the public ledger, known as the blockchain, and also the means through which new Bitcoins are released.
According to BTSC press materials, “Our business operations are Internet based to the consumer and consist of two separate streams, as follows: (1) bitcoin mining, and (2) blockchain software development. The principal products and services are the mining of bitcoins, and the development and sale of blockchain software. The market for these services and products is worldwide, and sold and marketed on the Internet.”
BTSC is focused on bitcoin mining which is legal and is accomplished by running SHA256 double round hash verification processes in order to validate Bitcoin transactions and provide the requisite security for the public ledger of the Bitcoin network. The speed at which you mine Bitcoins is measured in hashes per second. The Bitcoin network compensates Bitcoin miners for their effort by releasing bitcoin to those who contribute the needed computational power. This comes in the form of both newly issued bitcoins and from the transaction fees included in the transactions validated when mining bitcoins.
Find out when $BTSC stock reaches critical levels. Subscribe to OracleDispatch.com Right Now by entering your Email in the box below.

In our last piece on this one, we cited the results of a LendEDU survey that showed that Bitcoin investors were in it for the long haul, rather than fast money speculators.
Now, with the establishment of futures exchange contracts, those strong hands are likely to be joined by new money that will include high net worth investors that have yet to set foot in this pool. The movement of hedge fund money began a couple weeks ago, with former Fortress Investment Group fund manager, Mike Novogratz, raising as much as $500 million for a cryptocurrency hedge fund.
We would assume this is going to be the first of many to come, which simply adds more of a formal foundation and legitimacy to the game for Bitcoin. And all of that supports the recent breakout in stocks like BTSC.
We’ve witnessed just under 500% added to share values of the name over the past month of action. This is emblematic of the stock. BTSC has evidenced sudden upward volatility on many prior occasions. Moreover, the listing has seen a growing influx of trading interest, with the stock’s recent average trading volume running a bit less than 390% over the long run average.
Earning a current market cap value of $264.8M, BTSC has about $190K in cash on the books, which compares with about $118K in total current liabilities. The company has pulled in around $176K in trailing twelve month revenues. This may be a very interesting story and we will look forward to updating it again soon. Sign-up for continuing coverage on shares of $BTSC stock, as well as other hot stock picks, get our free newsletter today and get our next breakout pick!
Disclosure: we hold no position in $BTSC, either long or short, and we have not been compensated for this article.