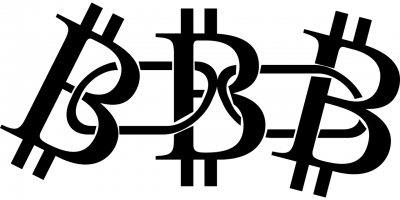 BITCOIN SERVICES I COM USD0.001 (OTCMKTS:BTSC) has Internet-based operations consisting of two separate revenue streams, which includes Bitcoin mining and blockchain software development. These buzzwords are driving shares higher. I was shocked to see that at the end of last year the share price was .002 wallowing in the sub penny category and Bitcoin had been moving higher. It was a weird delayed reaction where investors saw prices going higher in Bitcoin and Ethereum, while realizing that there were public companies on the mining side who were undervalued and trading at a discount. If you look today, Bitcoin and Ethereum have moved higher and shares in BTSC have popped outperforming the underlying coin.

BTSC’s principal products and services are the mining of bitcoins and the development and sale of blockchain software. The market for the company’s product can be worldwide and sold and marketed on the Internet. Another important area which is often overlooked is the Bitcoin escrow service, which acts as a neutral third party between buyer and seller when doing business online. This layer of safety is what the markets look for and  one of the reasons the shares have gained value where the coins have leveled off.

BITCOIN SERVICES I COM USD0.001 (OTCMKTS:BTSC) and the industry as a whole is in such an early stage, investors are seeking every aspect of revenue. This is normal in a maturing industry. This is similar to when revenues gained as technology expanded to cloud services.

One of the least understood part of valuing these public companies is the value of the software itself and the ability to improve the settlement process so investors can get their money out of the digital currency. Companies like BTSC are now drawing the valuation for their product lines and internal skill sets. These are the reasons shares in BTSC have moved from the .002 to  .0625 outpacing Bitcoin and Ethereum. This is a huge percentage move for any stocks trading in this sector including BTSC.

The company said, “The Bitcoin network compensates Bitcoin miners for their effort by releasing Bitcoin to those who contribute the needed computational power. This comes in the form of both newly issued Bitcoins and from the transaction fees included in the transactions validated when mining Bitcoins. The more computing power you contribute then the greater your share of the reward.”

BITCOIN SERVICES I COM USD0.001 (OTCMKTS:BTSC) also develops blockchain software. Bitcoin blockchain is considered one of the technology backbones of the network and provides a tamper-proof data structure, providing a shared public ledger open to all. All confirmed transactions are embedded in the Bitcoin blockchain. This could further add a layer of safety for those using Bitcoin and could potentially attract more customers.

The power of the software and the hash rate are important market buzz words. Investors are paying attention to the double round hash verification processes in order to validate Bitcoin transactions and provide the requisite security for the public ledger of the Bitcoin network.

Now, multiple bitcoin companies have signed a common agreement. The group currently includes 56 companies located in over 20 countries, which have over 80% of hashing power, 20.5M bitcoin wallets, and $5.1B monthly on chain transaction volume. Being in the circle will add valuations to many public companies. There have been some countries adopting the use of bitcoin, most recently Japan announced that bitcoin became a legal payment method.

We know that currently there are more than 800 active digital currencies. We think this makes BITCOIN SERVICES I COM USD0.001 (OTCMKTS:BTSC) an important stock to watch – that and the fact they are up near 4000% since the first of the year. Just that small fact! Come back and learn with us as we begin to understand the new digital currency terminology and how it is effecting individual stocks. For continuing coverage on shares of $BTSC stock, as well as our other hot stock picks, sign up for our free newsletter today and get our next hot stock pick!