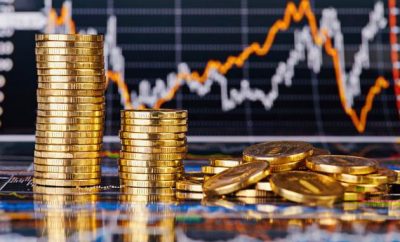 BITCOIN SERVICES I COM USD0.001 (OTCMKTS:BTSC) has turned into one of the highest volume stocks on the OTC. A turning point occurred when the company announced that it would begin mining Monero – a rising crypto that is now listed in South Korea.
BTSC has not released press in three months under its byline, but the continuation of the Bitcoin craze and the launch of new ICOs every day is continuing to fuel their upward trajectory. In a YTD view, BTSC is up an astounding 4952%.
BITCOIN SERVICES I COM USD0.001 (OTCMKTS:BTSC) bills itself as a company engaged in the mining of Bitcoin as well as Blockchain software development. Bitcoin mining is the process by which transactions are verified and added to the public ledger, known as the blockchain, and also the means through which new Bitcoins are released.
According to BTSC press materials, “Our business operations are Internet based to the consumer and consist of two separate streams, as follows: (1) bitcoin mining, and (2) blockchain software development. The principal products and services are the mining of bitcoins, and the development and sale of blockchain software. The market for these services and products is worldwide, and sold and marketed on the Internet.”
BTSC is focused on bitcoin mining which is legal and is accomplished by running SHA256 double round hash verification processes in order to validate Bitcoin transactions and provide the requisite security for the public ledger of the Bitcoin network. The speed at which you mine Bitcoins is measured in hashes per second. The Bitcoin network compensates Bitcoin miners for their effort by releasing bitcoin to those who contribute the needed computational power. This comes in the form of both newly issued bitcoins and from the transaction fees included in the transactions validated when mining bitcoins.
Find out when $BTSC stock reaches critical levels. Subscribe to OracleDispatch.com Right Now by entering your Email in the box below.