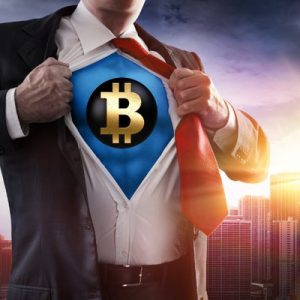 BITCOIN SERVICES I COM USD0.001 (OTCMKTS:BTSC) has held on to gains it has accrued since April of this year. However, thinking about the big picture, for a company that many wondered if it would be around this time last year, BTSC is doing pretty swell. The hyperbolic rise of bitcoin and crypto currency have of course kept them relevant. The company’s escrow service and mining operations are its primary revenue buckets and with bitcoin Ponzi schemes on the rise, BTSC could continue to stay relevant for some time.
BTSC’s principal products and services are the mining of bitcoins and the development and sale of blockchain software. The market for the company’s product can be worldwide and sold and marketed on the Internet. However, it is the escrow service, and its layer of safety is what the markets look for and  one of the reasons the shares have gained value where the coins have leveled off. To be more specific, a cryptocurrency company that’s working on a variety of different operations in the bitcoin other digital currency spaces.
BITCOIN SERVICES I COM USD0.001 (OTCMKTS:BTSC) has Internet-based operations consisting of two separate revenue streams, which includes bitcoin mining and blockchain software development.
Find out when $BTSC stock reaches critical levels. Subscribe to OracleDispatch.com Right Now by entering your Email in the box below.

BTSC has traded with some volatility this week, which has mirrored the volatility in the crypto currency space as a whole.  The market is now saturated with coins and the media cycle is starting to alter on the topic.
The company is seeing some resilience in its share price with very little news out there since late May. In the company’s last press release, BTSC announced that it began mining Monero in the 1st quarter of 2017.
According to the release, “Monero is currently one of the top digital currencies with a market cap of over 300 mil USD. The Company is pleased to announce their earnings on May 12, 2017, and a launch of a new website in the upcoming weeks. In addition, Bitcoin Services Inc. has begun developing a new Crypto currency wallet that will let users safely store multiple digital currencies in one wallet. Bitcoin Services Inc. would also like to congratulate all Bitcoin users for reaching a historic all time high on April 2nd of 2017.”
The good news is that blockchain and bitcoin are becoming more and more legitimate based on this recent interest. Blockchain technology is already being used in a practical manner. Japan recently deemed Bitcoin as legal tender on April 1st and it is now possible to pay for a flight using it, many websites are also taking it as payment which leads us to the conclusion that the more it is incorporated into daily life the more it will be accepted and demanded just like any other major technological breakthrough.
BITCOIN SERVICES I COM USD0.001 (OTCMKTS:BTSC) is a stock to watch in this space because of their product offering and the rise of the sector. We are hoping that they will provide some financial updates soon, however. The company is currently carrying a market cap of $39.43 million with 462.84 million shares outstanding. Stay tuned as we provide more updates on this stock. For continuing coverage on shares of $BTSC stock, as well as our other hot stock picks, sign up for our free newsletter today and get our next hot stock pick!