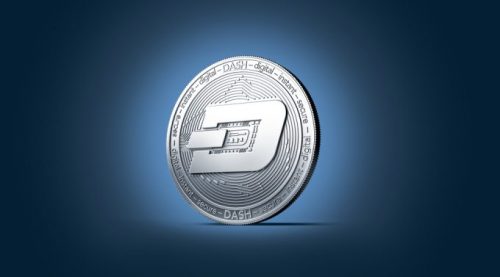 BITCOIN SERVICES I COM USD0.001 (OTCMKTS:BTSC) the company has not put out much press, since they announced a new website a few months ago. BTSC has experienced a volatile month and it all hinges on the future of Bitcoin.
Even with that, BTSC is now mining Dash. Dash can be used to make instant, private payments online or in-store using our secure open-source platform hosted by thousands of users around the world. In addition, Bitcoin Services Inc. has created a new subsidiary Crypto Capital Corp that will develop a new Crypto currency wallet. The wallet will let users safely store multiple digital currencies in one wallet.
BITCOIN SERVICES I COM USD0.001 (OTCMKTS:BTSC) bills itself as a company engaged in the mining of Bitcoin as well as Blockchain software development. Bitcoin mining is the process by which transactions are verified and added to the public ledger, known as the block chain, and also the means through which new Bitcoins are released.
According to BTSC press materials, “Our business operations are Internet based to the consumer and consist of two separate streams, as follows: (1) bitcoin mining, and (2) blockchain software development. The principal products and services are the mining of bitcoins, and the development and sale of blockchain software. The market for these services and products is worldwide, and sold and marketed on the Internet.”
BTSC is focused on bitcoin mining which is legal and is accomplished by running SHA256 double round hash verification processes in order to validate Bitcoin transactions and provide the requisite security for the public ledger of the Bitcoin network. The speed at which you mine Bitcoins is measured in hashes per second. The Bitcoin network compensates Bitcoin miners for their effort by releasing bitcoin to those who contribute the needed computational power. This comes in the form of both newly issued bitcoins and from the transaction fees included in the transactions validated when mining bitcoins.
Find out when $BTSC stock reaches critical levels. Subscribe to OracleDispatch.com Right Now by entering your Email in the box below.

Bitcoin and BTSC are not trading parallel and that is probably because many do not know about the company.
Everybody is looking for a cheap exposure to bitcoin right now and it can only be a matter of time before markets settle on BTSC as a stock that still has some price-based leeway in terms of near-term movement to realign it with the action we have seen across the bitcoin space and, as represented by the bellwether of the sector, the price of bitcoin across the major exchanges.
BITCOIN SERVICES I COM USD0.001 (OTCMKTS:BTSC) has a market cap of $31.47M and 462.84M in outstanding shares. The company still needs to issue press to help with transparency. Investors should not lose sight of that and should be wary until details are clear. BTSC is really riding the Bitcoin hype and not really their own steam, yet. Sign-up for continuing coverage on shares of $BTSC stock, as well as other hot stock picks, get our free newsletter today and get our next breakout pick!
Disclosure: We hold no position in $BTSC, either long or short, and we have not been compensated for this article.