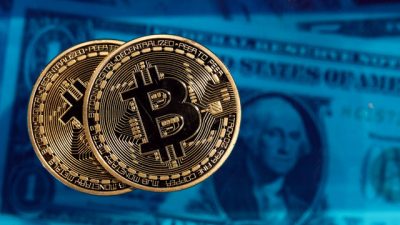 BITCOIN SERVICES I COM USD0.001 (OTCMKTS:BTSC) is having an exciting run. BTSC, which makes bitcoin software and mines bitcoin, is riding the wave of the cryptocurrency boom, but they are also branching out and adding interesting secondary value.
BTSC has started to mine Monero, a rapidly growing altcoin, and is developing a new digital currency wallet. Since those announcements, BTSC has taken serious runs adding more than 200% to its share-price in 5-day spans. So, the theory with BTSC is simple: if bitcoin is hot, so is BTSC.
BITCOIN SERVICES I COM USD0.001 (OTCMKTS:BTSC) bills itself as a company engaged in the mining of Bitcoin as well as Blockchain software development. Bitcoin mining is the process by which transactions are verified and added to the public ledger, known as the block chain, and also the means through which new Bitcoins are released.
According to BTSC press materials, “Our business operations are Internet based to the consumer and consist of two separate streams, as follows: (1) bitcoin mining, and (2) blockchain software development. The principal products and services are the mining of bitcoins, and the development and sale of blockchain software. The market for these services and products is worldwide, and sold and marketed on the Internet.”
Find out when $BTSC stock reaches critical levels. Subscribe to OracleDispatch.com Right Now by entering your Email in the box below.

The good news is that blockchain and bitcoin are becoming more and more legitimate based on this recent interest. Blockchain technology is already being used in a practical manner. Japan recently deemed Bitcoin as legal tender on April 1st and it is now possible to pay for a flight using it, many websites are also taking it as payment which leads us to the conclusion that the more it is incorporated into daily life the more it will be accepted and demanded just like any other major technological breakthrough.
The real value in BTSC is a long-term play, if Bitcoin stays popular and relevant. Here is a press release that more or less signals the company’s long-term plan:
BTSC intends to launch an online marketplace, where the bitcoin can be used for the exchange of goods & services. The list of goods includes real estate, cars, apparel, electronics. The services, on the other hand, will include plumbing, catering, and delivering. Paying in Bitcoin has several advantages, as it can be used to send and get money from anywhere in the world, to any person and at any given time. When being paid via Bitcoins, it can also be made and finalized without one’s personal information being tied to the transactions. Consequent to the fact that personal information is kept hidden from prying eyes, Bitcoin protects against identity theft. Furthermore, Bitcoin protocol cannot be manipulated by any person, organization, or government. This is due to Bitcoin being cryptographically secure. In addition, there are currently either no fees or very low fees within Bitcoin payments.
BITCOIN SERVICES I COM USD0.001 (OTCMKTS:BTSC) has a market cap of $46.28M and 462.84M in outstanding shares. The company is a stock worth watching as long as bitcoin and cryptocurrency stay hot. The company does need to offer some financial guidance and provide some transparency, which investors should not lose sight of here. Sign-up for continuing coverage on shares of $BTSC stock, as well as other hot stock picks, get our free newsletter today and get our next breakout pick!
Disclosure: We hold no position in $BTSC, either long or short, and we have not been compensated for this article.