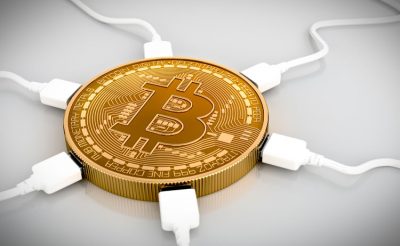 Bitcoin Investment Trust (OTCMKTS:GBTC) continues to power higher in a manic rip that is being driven more by its ties to Bitcoin, than by its prospects as a potential ETF on a big board exchange. That’s our view at present. Bitcoin has once again become an extremely important theme in the marketplace over recent days. One of the key catalysts is the bitcoin conference called Consensus. Many players in the financial industry have made headlines of late relative to bitcoin including Fidelity, which just announced venture investments in a handful of bitcoin-linked businesses. Bitcoin also recently surpassed gold in value when compared on a bitcoin-to-ounce basis.

GBTC has exploded higher since early April more than doubling since that time. The trust pulled back sharply in mid-May but then caught support around the $200 level and then rocketed back higher making new highs in Tuesday’s trade. The chart shows in excess of 110% tacked on to share pricing for the stock in the past month. Furthermore, the company has registered increased average transaction volume recently, with the past month seeing nearly 190% over what the stock has registered over the longer term.

Subscribe below and we’ll keep you on top of what’s happening before $GBTC stock makes its next move.

When we last looked at this trust we noted that a positive feedback loop had been established as a self-reinforcing phenomenon with bitcoin as more and more allocation started to move into the digital currency. That increases liquidity and accessibility and reinforces public allocation and interest. However, the GBTC trust seems to have moved ahead of bitcoin, itself, vaulting significantly higher in percentage terms, which possibly poses some risks for traders chasing coins in this particular vehicle.

So this move appears to be more about bitcoin rather than the GBTC trust, which is an important point. Recently, we’ve seen a number of key headlines surrounding increasing acceptance of bitcoin particularly in Asia, as Japan and China move forward with excepting the cryptocurrency.

A good example of this is news that the Japanese airline, Peach, has just become the first airline to except bitcoin as the country’s regulatory changes start paying off. Peach operates as a budget domestic flight carrier in Japan, Korea, China, and Thailand, and just recently confirmed bitcoin would become a payment option by the end of 2017.

This type of development is driving the manic surge in the value of Bitcoin, generally. And, with few options to easily move in and out of the market for bitcoin, retail investors appear to be using GBTC as a vehicle. However, as noted above, that is leading to a fast move higher in the trust that far exceeds the actual underlying advance in bitcoin itself, particularly as we have seen very little progress on solving the inherent problems in GBTC on the regulatory front where its chances of being IPO’d as a big board ETF are concerned.

As we covered last time, the SEC would need to see it as a regulated market with surveillance-sharing agreements in place, since it is clearly an international asset. Without those conditions met, it won’t be approved as an ETF.

Hence, GBTC appears to be racing along in its own mania-like move as Bitcoin rips higher for apparently very solid fundamentally-driven reasons.That supports the move in GBTC to a point. But to really justify the manic advance here, we would need to see movement by regulators to begin to solve what has been an intractable issue for trusts seeking to become the world’s first true Bitcoin ETF. For those out there with the wherewithal to pull it off, one might see fit to partake in a pair trade – long Bitcoin, short GBTC. We will check back on this extremely interesting vehicle as the narrative further develops. For continuing coverage on shares of $GBTC stock, as well as our other hot stock picks, sign up for our free newsletter today and get our next hot stock pick!