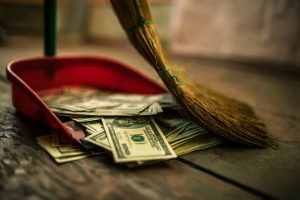 Bitcoin and Blockchain related companies like FIRST BITCOIN CAP COM NPV (OTCMKTS:BITCF) had nice moves higher in March to round out Q1 2017, but have a few bumps in the road recently. This is a game where these stocks are in the 2nd inning of a 9 inning game, and they will be driven higher on news and the price appreciation of the underlying bitcoin.

A look at the chart shows a rally to .75 cents followed by some negative news from the exchange, which sent shares spiraling lower. FIRST BITCOIN CAP COM NPV (OTCMKTS:BITCF) smartly addressed the issues with the OTC and put the focus back on the Bitcoin prices, and shares recovered.

Bitcoin Unlimited Futures is one of the latest cryptographic creations of the company and rides on the rails of the Bitcoin Blockchain. Released by the Company as a means of allowing speculators to predict the outcome of the forthcoming hard fork of Bitcoin Core into two distinct assets, Bitcoin Unlimited Futures trades under the symbols XBU on the decentralized OMNIDEX and the Company’s subsidiary, COINQX.com as well as XB on the CCEX.com exchanges.

Subscribe below and we’ll keep you on top of what’s happening before $BITCF stock makes its next move.

Also the company paid off approximately $200,000 in debt utilizing Bitcoin Unlimited Futures, making the Company 100% debt free. “Becoming debt free not only strengthens our balance sheet but is an important milestone for a development stage company which positions the company for a more rapid path to profitability.” The company is also conducting its first ICO (Initial Coin Offering) which is actively offered at a bonus to “early bird” participants.

Investors may not recognize this now, but as we move down the line companies who can control issuing shares as currency will benefit shareholders in greater ways.  Dilution is the enemy of the common shareholder and investors like to stay with companies over the long haul, they just need reasons to do this.

I would watch the share prices as this sector makes new highs, price needs to lead any news from the company which is mainly due to shorts who are doubters, every rally needs two catalysts, one of them being shorts who need to cover and the second is new buying from investors new to the space.

First Bitcoin Capital Corp (OTCMKTS:BITCF) is dealing with it’s exchange issues and keeping the focus on operations and the price of the underlying bitcoin. This sector has so much growth and not enough entrants at the moment, so companies like BITCF will benefit in these early stages. They will suffer when they have mis-steps, and these will be exaggerated which creates the kind of volatility the company had recently. This only means you need to pay closer attention to what is happening with the company itself.  Never be afraid to come here to get information, this is what we do. For more news on First Bitcoin Capital and other fast-moving penny stocks, please subscribe to OracleDispatch.com below.