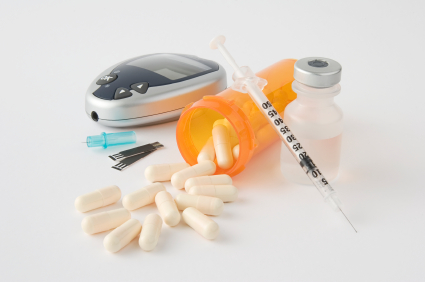 We’ve witnessed 69% tacked on to share pricing for the listing in the past month. This is emblematic of the stock. BIOD has evidenced sudden upward volatility on many prior occasions. What’s more, the name has witnessed a pop in interest, as transaction volume levels have recently pushed just under 150% above its longer-run average levels.

Biodel Inc (NASDAQ:BIOD) bills itself as a specialty biopharmaceutical company that focuses on the development and commercialization of treatments for diabetes in the United States.

The company completed a Phase 1 clinical trial to assess the pharmacokinetic and pharmacodynamic profiles of BIOD-961, the reconstituted glucagon formulation intended for use in the GEM device.

Biodel Inc. was founded in 2003 and is headquartered in Danbury, Connecticut.

Find out when $BIOD reaches critical levels. Subscribe to OracleDispatch.com Right Now by entering your Email in the box below.

As noted above, recent events suggest that the company will approve a merger with Albireo Limited by share exchange agreement – according to the 8K dated Oct 17, the Company (BIOD) will acquire the entire issued share capital of Albireo in exchange for newly issued shares of the Company’s common stock.

The primary asset being added to the picture is Albireo AB, which itself is a clinical-stage biopharmaceutical company focused on the development of novel bile acid modulators to treat orphan pediatric liver diseases and other liver and gastrointestinal diseases and disorders.

Albireo’s clinical pipeline includes two Phase 2 product candidates and one Phase 3 product candidate. Albireo was spun out from AstraZeneca in 2008 and is backed by top-tier life science investors such as Phase4 Ventures, TPG Biotech, TVM Capital Life Science and Aberdeen Asset Management, as well as AstraZeneca.

Albireo Limited is incorporated and registered in England and Wales, and its wholly owned subsidiaries are located in Gothenburg, Sweden and Boston, Massachusetts.

As noted above, since the Board is already in favor, it seems there is little drama here. Note, in the small print of a filing on the 19th, the brokers involved will be able to vote by proxy on a reverse split, but we would assume this is in response to the Nasdaq’s September 22, 2016 determination letter, and BIOD’s subsequent response, all clearly to avoid suspension and delisting for failure to comply with minimum $1 bid.

The company announced that its 2016 annual meeting of stockholders has been set for October 24, 2016. At that meeting, stockholders will vote on, “among other things, matters necessary to complete Biodel’s planned transaction with Albireo Limited pursuant to a previously announced share exchange agreement, including the issuance of shares of Biodel’s common stock in the transaction and a proposed reverse stock split of Biodel’s common stock at a ratio of 1-for-30 shares.“

Biodel has grabbed the attention of traders on Wall St on merger talks. Earning a current market cap value of $45.5M, BIOD has a significant war chest ($31.02M) of cash on the books, along with total assets greater than $31M, which stands against an extremely limited amount of total accumulated debt. In other words, the balance sheet is strong and the company’s move into the liver disease space – which has been as red hot as anything in biotech – looks to be very much on track. The stock is performing well, and the primary sought-after asset is coming aboard. That said, the stock is up about 300% the past few months on a run that was clearly discounting this rebirth of sorts, so chasing may not be immediately advisable. For continuing coverage on shares of $BIOD stock, as well as our other hot stock picks, sign up for our free newsletter today and get our next hot stock pick!