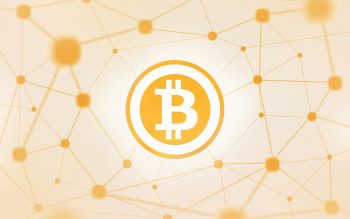 Bitcoin Investment Trust (OTCMKTS:GBTC) is on fire right now. And so is bitcoin, itself, with prices nearing levels last seen years ago, and making new multi-year highs on a daily basis of late. The theme that we want to focus on here is that of mass public interest and acceptance. That’s the key for bitcoin. All the wonderful potential applications, silicon valley genius superfans, and regulatory hurdles debated on finance blogs… None of that stuff really matters. The inflection point that will carry bitcoin from fringe podcast topic to mainstream tool is all about public interest.

The best way to gauge (or, indeed, to impact) interest in any security is through allocation. And this is often a two-way street: allocation grows as accessibility increases; and accessibility increases as interest (allocation) grows. It’s what we call a “self-reinforcing feedback loop”. That’s what we are seeing here between bitcoin and GBTC. In fact, as we see it, the marketing work has been done sufficiently to get the process of that feedback loop going. All that’s necessary is a vehicle with tons of liquidity and accessibility, and public allocation (and interest) in bitcoin will have an avenue of mass appeal and growth. GBTC is making a bid to be that vehicle with an active application to become an official “commodity trust Exchange Traded Product”. Will regulators finally allow a super accessible big board bitcoin ETF? We will get to that in a moment.

Okay, so, as noted above, the question here is relatively simple: As we lay things out, the rudiments of the golden feedback loop are in place. All that is necessary is for a vehicle to arise with sufficient accessibility and liquidity to play the role of connecting the public to the asset in an active sense.

But, there’s a catch. The last two such attempts were thwarted for a very specific reason: The SEC has ruled repeatedly that a commodity trust, in order to qualify as a potential exchange traded product, must have two characteristics.

In short, almost certainly, GBTC will not be granted passage into the limelight on a major exchange in September. However, the way this thing is moving right now almost makes one wonder if there is information being carried in the market. So, just for the heck of it, let’s imagine that’s the case.

In that case, what might that information be? Just for starters, we would probably move to strike any notion that the SEC has decided to change its standards. So, it would have to be information about bitcoin, and its main sponsors, advocates, and biggest players finding some manner to solve those two problems.

However, bitcoin seems as if it stands disposed to these ideas as anathema: surveillance and regulation. They run right dead against the very grain of the soul of bitcoin as we see it.

That brings up another point to make about GBTC in particular: this instrument trades very thin. And for the layman, there aren’t many options as far as easily accessible instruments to gain exposure to bitcoin. We would also note that bitcoin tends to be a very volatile and momentum-oriented market.

That all adds up to danger here as we see it for one very simple reason: over the past two weeks, the price change in GBTC has outpaced that of bitcoin by a very large margin. If we discount the possibility that we are seeing a pricing-in of news that increases the near-zero chance that this trust will become a major big board ETP, then the logical point to make is this: the instrument has run way ahead of bitcoin in recent trade due to momentum bidding in a thin market. Be careful! For continuing coverage on shares of $GBTC stock, as well as our other hot stock picks, sign up for our free newsletter today and get our next hot stock pick!