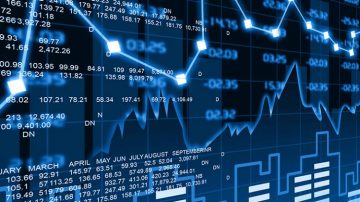 AURORA CANNABIS IN (OTCMKTS:ACBFF) has been one of our favorite players in the cannabis patch. We recently suggested that the October pullback would likely end up being a buy-the-dip opportunity. And so far, that prognosis is working out. The movement has been helped along by a major investment from a large cap into another big cannabis producer. But, this stock has plenty to run on in terms of its own merits.
In that vein, the company just announced a follow up to its October 10, 2017 release. The gist of the announcement is that the company has now completed the bought deal offering of 23,000,000 units that we have been covering. It’s an important move for the Company. The details include the exercise, in full, of the Underwriters’ over-allotment option with a syndicate of underwriters, led by Canaccord Genuity Corp., including GMP Securities L.P., PI Financial Corporation, Eight Capital, Industrial Alliance Securities Inc., Beacon Securities Limited and Mackie Research Capital Corporation, for gross proceeds of $69 million.
AURORA CANNABIS IN COM NPV (OTCMKTS:ACBFF) is a licensed producer of medical marijuana pursuant to the Marijuana for Medical Purposes Regulations and operates a 55,200 square foot expandable state-of-the-art production facility in Alberta, Canada.
ACBFF’s wholly-owned subsidiary, Australis Capital Inc., seeks to be an active participant in the U.S. Cannabis market. Aurora is trading on the Canadian Securities Exchange under the trading symbol “ACB”. The company is headquartered in Vancouver, Canada.
According to company’s materials, “Aurora’s wholly-owned subsidiary, Aurora Cannabis Enterprises Inc., is a licensed producer of medical cannabis pursuant to Health Canada’s Access to Cannabis for Medical Purposes Regulations (“ACMPR”). The Company operates a 55,200 square foot, state-of-the-art production facility in Mountain View County, Alberta, is currently constructing a second 800,000 square foot production facility, known as “Aurora Sky”, at the Edmonton International Airport, and has acquired, and is undertaking completion of a third 40,000 square foot production facility in Pointe-Claire, Quebec, on Montreal’s West Island. In addition, the Company holds approximately 9.6% of the issued shares (12.9% on a fully-diluted basis) in leading extraction technology company Radient Technologies Inc., based in Edmonton, and is in the process of completing an investment in Edmonton-based Hempco Food and Fiber for an ownership stake of up to 50.1%. Furthermore, Aurora is the cornerstone investor with a 19.9% stake in Cann Group Limited, the first Australian company licensed to conduct research on and cultivate medical cannabis. Aurora also owns Pedanios, a leading wholesale importer, exporter, and distributor of medical cannabis in the European Union (“EU”), based in Germany.”
Find out when $ACBFF reaches critical levels. Subscribe to OracleDispatch.com Right Now by entering your Email in the box below.

As noted above, the action in Aurora continues to bear out a bull thesis. The stock has rebounded following a healthy pullback in October, and new trend highs are within shouting distance. One key driver here is the company’s now complete bought deal financing, which represents extra capital to power a positive repositioning for the company, and it comes in a non-toxic form.
According to the company’s most recent release detailing the finer points of the transaction, “each Unit, at a price of $3.00 per Unit, is comprised of one common share of the Company and one common share purchase warrant. Each Warrant will be exercisable to acquire one common share for a period of three years following the date hereof at an exercise price of $4.00 per Warrant Share, subject to adjustment in certain events. The Warrants are listed on the TSX under symbol ACB.WT.“
Recent action has seen 11% during the past week in terms of shareholder gains in the company. Market participants may want to pay attention to this stock. ACBFF has a history of dramatic rallies. What’s more, the listing has benefitted from a jump in recent trading volume to the tune of 83% above the average volume levels in play in this stock over the longer term.
Now commanding a market cap of $917.8M, ACBFF has a significant war chest ($159.8M) of cash on the books, which compares with virtually no total current liabilities. ACBFF is pulling in trailing 12-month revenues of $18.1M. In addition, the company is seeing major top-line growth, with y/y quarterly revenues growing at 386.5%. We will update the story again soon as further details emerge. Sign-up for continuing coverage on shares of $ACBFF stock, as well as other hot stock picks, get our free newsletter today and get our next breakout pick!
Disclosure: we hold no position in $ACBFF, either long or short, and we have not been compensated for this article.