AURORA CANNABIS IN (OTCMKTS:ACBFF) is in the Catbird Seat 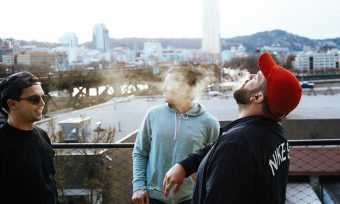 AURORA CANNABIS IN (OTCMKTS:ACBFF) has been one of our favorite plays in the cannabis patch over the past year. The company is loaded with cash from operations, has very little debt of any kind, is sporting huge revenue growth, and has large investor interest competing with each other to finance expansion on company friendly terms. If you combine that with the fact that it is centered in an industry seeing huge structural growth probably for years ahead, you can understand why we are seeing such strength on the chart.
The latest from the company is its announcement that it has elected to exercise its right under the indenture governing the Company’s 8.0% unsecured convertible debentures due November 1, 2018 to convert all of the principal amount outstanding of the remaining Debentures and unpaid accrued interest thereon up to December 9, 2017 into common shares of the Company. “Pursuant to the terms of the Indenture, the Company may force the conversion of the Debentures at the conversion price of $2.00 per Common Share when the VWAP of the Common Shares on the TSX Exchange for 10 consecutive trading days equals or exceeds $3.00.”
AURORA CANNABIS IN COM NPV (OTCMKTS:ACBFF) is a licensed producer of medical marijuana pursuant to the Marijuana for Medical Purposes Regulations and operates a 55,200 square foot expandable state-of-the-art production facility in Alberta, Canada.
ACBFF’s wholly-owned subsidiary, Australis Capital Inc., seeks to be an active participant in the U.S. Cannabis market. Aurora is trading on the Canadian Securities Exchange under the trading symbol “ACB”. The company is headquartered in Vancouver, Canada.
According to company’s materials, “Aurora’s wholly-owned subsidiary, Aurora Cannabis Enterprises Inc., is a licensed producer of medical cannabis pursuant to Health Canada’s Access to Cannabis for Medical Purposes Regulations (“ACMPR”). The Company operates a 55,200 square foot, state-of-the-art production facility in Mountain View County, Alberta, is currently constructing a second 800,000 square foot production facility, known as “Aurora Sky”, at the Edmonton International Airport, and has acquired, and is undertaking completion of a third 40,000 square foot production facility in Pointe-Claire, Quebec, on Montreal’s West Island. In addition, the Company holds approximately 9.6% of the issued shares (12.9% on a fully-diluted basis) in leading extraction technology company Radient Technologies Inc., based in Edmonton, and is in the process of completing an investment in Edmonton-based Hempco Food and Fiber for an ownership stake of up to 50.1%. Furthermore, Aurora is the cornerstone investor with a 19.9% stake in Cann Group Limited, the first Australian company licensed to conduct research on and cultivate medical cannabis. Aurora also owns Pedanios, a leading wholesale importer, exporter, and distributor of medical cannabis in the European Union (“EU”), based in Germany.”
Find out when $ACBFF reaches critical levels. Subscribe to OracleDispatch.com Right Now by entering your Email in the box below.

As noted above, this red-hot stock has been shoring things up to continue financing expansion on good terms. Part of that means closing out financial arrangements that aren’t on as good terms now that they can easily secure new capital on better terms.
“We are very pleased to convert these Debentures, which provides us with additional interest savings, further strengthening our excellent balance sheet, and is reflective of Aurora’s remarkable growth and operational progress,” said Terry Booth, CEO.
The Company has provided the holders of the Debentures 30 days advance written notice of its intent to exercise the Conversion.
Traders will note 29% added to share values of the listing over the past week of action. The situation may be worth watching. ACBFF has a track record that includes a number of dramatic bounces. Furthermore, the listing has seen a growing influx of trading interest, with the stock’s recent average trading volume running greater than 280% above its longer-run average levels.
Currently trading at a market capitalization of $1144.4M, ACBFF has a significant war chest ($159.8M) of cash on the books, which must be weighed relative to virtually no total current liabilities. ACBFF is pulling in trailing 12-month revenues of $18.1M. In addition, the company is seeing major top-line growth, with y/y quarterly revenues growing at 386.5%. We will update the story again soon as further details emerge. Sign-up for continuing coverage on shares of $ACBFF stock, as well as other hot stock picks, get our free newsletter today and get our next breakout pick!
Disclosure: we hold no position in $ACBFF, either long or short, and we have not been compensated for this article.