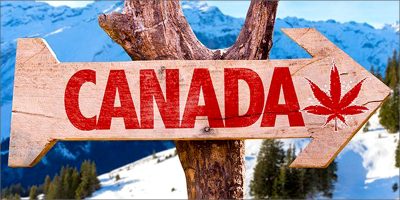 AURORA CANNABIS IN COM NPV (OTCMKTS:ACBFF) is something like a “blue chip” stock in the Canadian cannabis segment. As we have noted in the past, this is a company with $15M in cash against a pittance in debt on the balance sheet, and relentless double-digit sales growth. With Canadian authorities moving toward full nationwide legalization of the sticky green stuff for recreational purposes, we see a battle ahead, and ACBFF is well-positioned to be one of the winners.

The battle is a natural consequence of the evolution of the cannabis market in North America. ACBFF is a large producer, headed toward being one of the largest. However, we think the real victory here is to stay in the race among producers, but also simultaneously diversify into potentially higher margin lines of business. The company’s recent announcement to begin sales of ingestible cannabis oils is a brilliant version of taking that step. We will talk about the smarts on display here momentarily. But first, let’s pan back and look at the basics of the company.

AURORA CANNABIS IN COM NPV (OTCMKTS:ACBFF) is a licensed producer of medical marijuana pursuant to the Marijuana for Medical Purposes Regulations and operates a 55,200 square foot expandable state-of-the-art production facility in Alberta, Canada.

Subscribe below and we’ll keep you on top of what’s happening before $ACBFF stock makes its next move.

As noted above, ACBFF recently announced it has commenced sales of a new product line of ingestible cannabis oils. The product is called “Aurora Drops”.

The company does take on some extra expenses that come with a consumer-oriented product meant for ingestion. But the key here is a concept called “co-product marketing”.

If you are not familiar with this, the simple example is the donut hole. People want donuts to be wheel-shaped. So donut makers make a pastry, and then punch out a hole in a middle (this isn’t really what happens, but we are well into business school textbook talk here, so just run with it), and then sell the remaining outer ring of the pastry.

Then, so the story goes, some genius realizes that the factory floor at the donut factory ends the day covered in these “hole” portions, which go to the dump at the end of the week. Well, the genius looks at the camera with a light bulb floating in a bubble above his head, and a month later, Joe Consumer ends up eating from a branded bag of little donut-tasting balls, or holes, with morning coffee. The company spends the same amount, but, instead of paying someone to cart the holes off to the dump, they sell them for a big profit.

A real world classic example is wet-distiller’s grain, which is sold as cattle feed by ethanol producers (the rest of the corn mush that didn’t end up as ethanol).

If you are a major mass producer and handler of cannabis plants, you are going to end with a ton of detritus from that process. Some of it can be distilled down to oils rich with CBD and THC. The move has the benefit of capitalizing on current costs without adding new costs in proportion to new sales – the definition of co-product marketing. So, that’s good. It’s a piece of low-hanging fruit, to be sure, but that’s just doing your job with competence in the marketing and product side.

“The launch of our first ingestible oil products represents a major milestone, which promises to add significantly to Aurora’s top and bottom line results,” said Neil Belot, Chief Global Business Development Officer.  “We have produced a sizeable inventory of Aurora Drops for our domestic medical client base, and will be continuing to ramp up production in order to address the strong demand we anticipate for high-quality, high-margin derivative products, manufactured under the rigorous Aurora Standards regarding processes, testing, and transparency.”

The move has the benefit for ACBFF of capitalizing on current costs without adding new costs in proportion to new sales – the definition of co-product marketing. So, that’s good. It’s a piece of low-hanging fruit, to be sure, but that’s just doing your job with competence in the marketing and product side. But it also diversifies a company that is likely gearing up for a major market share war that will take its toll on everyone involved. For continuing coverage on shares of $ACBFF stock, as well as our other hot stock picks, sign up for our free newsletter today and get our next hot stock pick!