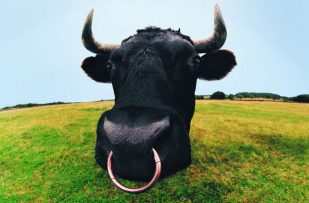 AURORA CANNABIS IN COM NPV (OTCMKTS:ACBFF) is a micro-cap name that has started to rebuild its technical chops after a grueling multi-month decline. However, traders should note that the chart for this leading Canadian cannabis producer sports a clear lateral consolidation over the past 6 months, rather than a bearish trend. The company recently bolstered investor enthusiasm with its latest announcement which provided an operational update for the company as a whole.

The big headline takeaway was the report that Aurora has surpassed 16,000 active registered patients less than 18 months after the Company’s first product sale in January, 2016. Registration accelerated in the months of May and June, 2017, adding approximately 3,000 patients during that period. The stock has pushed solidly higher since releasing the update, which should be an encouraging sign for shareholders.

AURORA CANNABIS IN COM NPV (OTCMKTS:ACBFF) is a licensed producer of medical marijuana pursuant to the Marijuana for Medical Purposes Regulations and operates a 55,200 square foot expandable state-of-the-art production facility in Alberta, Canada.

Aurora’s wholly-owned subsidiary, Australis Capital Inc., seeks to be an active participant in the U.S. Cannabis market. Aurora is trading on the Canadian Securities Exchange under the trading symbol “ACB”. The company is headquartered in Vancouver, Canada.

As noted above, ACBFF shareholders have seen some recent strength in the context of a multi-month lateral consolidation following the stock’s powerful rip higher last fall. That move to correct and consolidate those gains appears to be taking the form of a healthy – and possibly bullish – lateral pattern, otherwise known to technicians as a “correction in time” rather than a true bearish downward trend.

That could be good news for holders of the stock. The other piece of the puzzle now is the sense that this stock has fared a whole lot better than many other names in the cannabis patch over the past 60 days, to its credit.

The company recently put out an update in which it boasted, quite rightly, of major gains in “active registered patients”. In addition, we have noted in the past that we like the company’s move to diversify its operational game into the CBD oils space because that route qualifies as a co-product, which is inherently synergistic.

On that note, according to the release, “the Company achieved a new monthly record in May 2017 with gross revenue of more than $2.4 million , representing a 38% increase in revenue compared to January 2017.  May reflects the first full month in which sales of the Company’s Aurora Drops line of ingestible cannabis oils, launched in April 2017 , supplemented sales of dried cannabis. Revenue from the Company’s recent acquisition of Pedanios GmbH will be consolidated into Aurora’s financial results beginning June 1, 2017.”

Hence, the move into the CBD oils space is offering the buffer to the cyclicality of the pure cannabis production process that we were suggesting in May. This is a potential differentiating factor that could eventually separate ACBFF from the pack of Canadian cannabis producers when the next higher in the space takes root.

Recent action has seen 9% during the past month in terms of shareholder gains in the stock. This is emblematic of the stock. ACBFF has a history of dramatic rallies. Moreover, the stock has seen interest climb, with an increase in recent trading volume of 14% above the average volume levels in play in this stock over the longer term.

Currently trading at a market capitalization of $516.5M, ACBFF has a significant war chest ($118.1M) of cash on the books, which compares with virtually no total current liabilities. ACBFF is pulling in trailing 12-month revenues of $13.4M. In addition, the company is seeing major top line growth, with y/y quarterly revenues growing at 2260.7%. As more color becomes clear on the name, we will review the situation and update our take. For continuing coverage on shares of $ACBFF stock, as well as our other breakout stock picks, sign up for our free newsletter today and get our next hot stock pick!