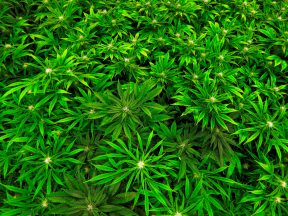 AURORA CANNABIS IN COM NPV (OTCMKTS:ACBFF) is seeing a 5% jump today after news hit the wire that the company received its cultivation license for its Pointe-Claire site. The newly licensed facility, to be known as “Aurora Vie”, makes Aurora only the second licensed producer in Quebec, Canada’s second most populous province, with more than 8.2 million people.
“We acquired Aurora Vie, completed construction with major upgrades, and achieved our production license in less than 6 months, which is absolutely remarkable,” said Terry Booth , CEO. “That’s testament to the strength of our team, our agility and our disciplined execution. Aurora Vie itself is testament to our innovation. We are incredibly proud of our commitment to, investment in, and growth strategy for our Quebec operations, and look forward to servicing both the medical market and, once legalized, the adult consumer market with locally cultivated high quality cannabis.”
AURORA CANNABIS IN COM NPV (OTCMKTS:ACBFF) is a licensed producer of medical marijuana pursuant to the Marijuana for Medical Purposes Regulations and operates a 55,200 square foot expandable state-of-the-art production facility in Alberta, Canada.
ACBFF’s wholly-owned subsidiary, Australis Capital Inc., seeks to be an active participant in the U.S. Cannabis market. Aurora is trading on the Canadian Securities Exchange under the trading symbol “ACB”. The company is headquartered in Vancouver, Canada.
According to company’s materials, “Aurora’s wholly-owned subsidiary, Aurora Cannabis Enterprises Inc., is a licensed producer of medical cannabis pursuant to Health Canada’s Access to Cannabis for Medical Purposes Regulations (“ACMPR”). The Company operates a 55,200 square foot, state-of-the-art production facility in Mountain View County, Alberta, is currently constructing a second 800,000 square foot production facility, known as “Aurora Sky”, at the Edmonton International Airport, and has acquired, and is undertaking completion of a third 40,000 square foot production facility in Pointe-Claire, Quebec, on Montreal’s West Island. In addition, the Company holds approximately 9.6% of the issued shares (12.9% on a fully-diluted basis) in leading extraction technology company Radient Technologies Inc., based in Edmonton, and is in the process of completing an investment in Edmonton-based Hempco Food and Fiber for an ownership stake of up to 50.1%. Furthermore, Aurora is the cornerstone investor with a 19.9% stake in Cann Group Limited, the first Australian company licensed to conduct research on and cultivate medical cannabis. Aurora also owns Pedanios, a leading wholesale importer, exporter, and distributor of medical cannabis in the European Union (“EU”), based in Germany.”
Find out when $ACBFF reaches critical levels. Subscribe to OracleDispatch.com Right Now by entering your Email in the box below.

Dieter MacPherson , VP Production, added, “Aurora Vie can be described as Indoor Purpose-Built 2.0, a truly next-generation facility, building on the lessons learned at Aurora Mountain, and extending our leadership in high-technology, high-efficiency, and high-quality cannabis cultivation. We believe Aurora Vie will deliver significant improvements in harvest frequency and yield per plant, setting new benchmarks for large-scale production. As planned, the facility was completed utilizing materials, workflow, technologies and design to easily and quickly obtain EU GMP certification. As a result we anticipate applying for the necessary permits to supply the rapidly-growing German medical cannabis market, as well as additional future European markets, via exports from Aurora Vie through our European subsidiary Pedanios.”
Currently trading at a market capitalization of $832.70M, ACBFF is a serious player in the Canadian cannabis industry and only increased its production capacity with the new facility in Quebec. ACBFF is pulling in major top-line growth, with y/y quarterly revenues growing at 386.5%. We will update the story again soon as developments transpire. Sign-up for continuing coverage on shares of $ACBFF stock, as well as other hot stock picks, get our free newsletter today and get our next breakout pick!
Disclosure: we hold no position in $ACBFF, either long or short, and we have not been compensated for this article.