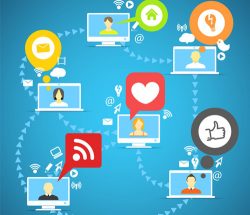 AURORA CANNABIS IN COM NPV (OTCMKTS:ACBFF) is a Canadian pot producer that has been high on our list of top-tier players since the space became the dominant force on the OTC that it is today. The company continues to look strong relative to competitors in terms of financial performance and balance sheet strength, and Aurora Cannabis stock continues to act well, forming a bullish ascending triangle in its latest consolidation.

The latest catalyst for the company is an update on its previously announced collaboration arrangement with Radient Technologies. The gist of the collaboration is an exclusive partnership for the Canadian market “with regard to the joint development and commercialization of superior and standardized cannabinoid extracts.” The companies are working to confirm the effectiveness of Radient’s “MAP” technology for cannabis extraction.

Find out when Aurora Cannabis stock reaches critical levels. Subscribe to OracleDispatch.com Right Now by entering your Email in the box below.

As noted above, Aurora and Radient are working together to improve the efficiency of extraction given Aurora’s massive cultivation resources. Hence, this would be a value add through incorporating Radient’s tech.

“We are pleased with progress to date in assessing the feasibility of this potentially ground breaking extraction technology,” said Terry Booth , CEO. “The potential to substantially increase our extracts production capacity while maintaining terpene profiles would further differentiate our Company, and we are excited to be exploring this opportunity further in the coming weeks.”

The companies also announced that Aurora has completed its investment in the Radient convertible debenture, announced initially on December 14, 2016. The Debenture will have a principal amount of $2 million, a term of 2 years, bear interest at 10% per annum, and will be convertible into units of Radient at a conversion price of $0.14 per Unit. Each Unit will be comprised of one common share of Radient and one share warrant, exercisable within 24 months, for one common share of Radient at an exercise price of $0.33 per warrant.

According to the release, the Debenture will be repayable on demand from Aurora at any point within five months from the date of issuance.

The chart shows 4% piled on for shareholders of the name during the trailing month. Market participants may want to pay attention to this ticker. Aurora Cannabis stock has a track record that includes a number of dramatic bounces. Moreover, the company has registered increased average transaction volume recently, with the past month seeing 77% over what the stock has registered over the longer term. Since we last covered the name, the stock has moved 3.7% higher.

Currently trading at a market capitalization of $608.3M, ACBFF has a significant war chest ($23.2M) of cash on the books, which is balanced by about $1.7M in total current liabilities. ACBFF is pulling in trailing 12-month revenues of $4.5M. In addition, the company is seeing recent top line growth, with sequential quarterly revenues growing at 151.7%. You can bet we will update this one again as new information comes into view. For continuing coverage on shares of Aurora Cannabis stock, as well as our other hot stock picks, sign up for our free newsletter today and get our next hot stock pick!