AURORA CANNABIS IN COM NPV (OTCMKTS:ACBFF) Firing on All Cylinders 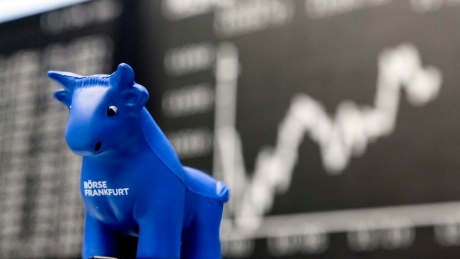 AURORA CANNABIS IN COM NPV (OTCMKTS:ACBFF) is a stock that’s been performing exceptionally well throughout the second half of the year, generally driven along by strong company financials and an increasingly favorable legal and political context both in the US and in Canada.

As noted, this stock has been one of the best performing plays in the cannabis patch, powering over 550% higher since the start of August, and 53% just during the past week. Naturally, this is another stock that greatly benefited from both the anticipation and outcome of the huge US referendum on pot legalization that took place across nine states on November 8. That has led not only to higher share prices, but significantly increased attention from a wider investor base. To wit, the company has seen a jump in recent trading volume to the tune of a bit over 360% over the long run average.

Unless you’ve been living on the moon, you already know how the US ballot measures on marijuana turned out.

To sum it up, it went well, with 8 of 9 states moving forward on the legislative path toward greater legal sales. Industry analysts have posted expectations of somewhere on the order of a 3-4x growth in legal sales footprint in the US as a result. However, the Canadian cannabis story may even be hotter right now than the US one, and in fact may provide a model for what we will eventually see here in the states.

In Canada, according to a promise made by the country’s PM Trudeau, legislation is likely to be on the table sometime next year to fully legalize pot on a national basis for all conceivable consumers.

As noted above, the company’s financials are a leading driver here. According to recent updates, gross revenues have exceeded $1 million for each of the months of July, August, September and October, 2016. “In addition, on November 2, 2016 Aurora processed 1,096 orders and sold 19,745 grams of cannabis, AURORA CANNABIS single highest volume day of sales since beginning commercial operations. The period from October 28 to November 3, 2016 represented Aurora’s largest seven-day sales performance ever, with a total of more than 50 kilograms sold.”

That all precedes the tripling or quadrupling of the legal sales footprint that defines the end market for this company as a result of increasing legality of pot in North America. All of this suggests ACBFF continues to be a leader in in its space at present.

“We continue to fire on all cylinders, reaching more patients, continuing to integrate industry-leading technology, and further building our operational capabilities from a position of unprecedented financial strength,” said Terry Booth, CEO. “The strength of our balance sheet provides an exceptional opportunity to continue expanding our leadership position in this rapidly growing medical cannabis market. Furthermore, it provides us with the necessary financial resources, without the need to return to the capital markets, to begin preparing and positioning ourselves for the pending legalization of recreational use in Canada, a market estimated at up to $10 billion per year once mature. These preparations include the expansion of our production capacity through the construction of an additional, very large scale, best-in-class production facility.”

We covered this one last month and the story remains a bullish one at this point. Currently trading at a market capitalization of $582.9M, AURORA CANNABIS has one of the strongest cash positions in the cannabis sector, with approximately $48 million in unrestricted cash available to execute on all the Company’s business strategies as a result of the closing of its $25 million convertible debenture. That pairs up against a relatively manageable load ($7.77M) of total accumulated debt. This is obviously one of the most exciting plays in the space and we will continue to pay special attention here. For continuing coverage on shares of $ACBFF stock, as well as our other hot stock picks, sign up for our free newsletter today and get our next hot stock pick!