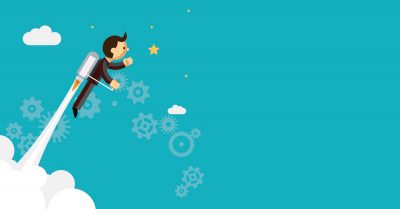 AURORA CANNABIS IN COM NPV (OTCMKTS:ACBFF) has been a leadership play in the North American cannabis patch in recent months. One of the main reasons is its potential for volumetric domination of the coming rush of ROI activity, after initiating construction on “an unprecedented 800,000 square foot production facility. To be known as “Aurora Sky”, the new hybrid greenhouse facility, with a footprint larger than 16 football fields, is expected, on completion, to be the largest, most advanced and most automated cannabis production facility in the world.”

The company has recently provided further details on this coming facility: it is currently under construction at the Edmonton International Airport (EIA), where, subject to certain conditions, the Company will lease 30 acres from the Edmonton Regional Airports Authority. In addition, ACBFF is a stock whose past is littered with sudden rips. What’s more, the name has seen an influx in interest of late, with the stock’s recent average trading volume running greater than 140% beyond what we have been seeing over the larger time frame.

As noted above, the company has given the market further details on the Aurora Sky project. The unique location of Aurora Sky provides a number of major competitive advantages, including access to abundant and reliable low-cost power, as well as unparalleled proximity to infrastructure and essential services, such as gas, water, sewage, public transportation, courier services, and international customs for clearing supplies and equipment. Furthermore, the location facilitates capitalizing on opportunities for future export of product and genetics to legally authorized jurisdictions around the world.

The company also just announced that they have signed a memorandum of understanding (“MOU”) to evaluate an exclusive partnership for the Canadian market with regard to the joint development and commercialization of superior and standardized cannabinoid extracts. As part of the MOU, Aurora will, subject to certain conditions precedent being satisfied, invest up to $2 million into Radient by means of a convertible debenture.

“Radient’s technology promises a significant advance in both quality and efficiency of cannabis extract production,” said Terry Booth, CEO. “This is especially important considering global market dynamics, which point to strong demand for cannabis derivative products. Importantly, Radient’s extraction technology has also been proven to deliver superior preservation of aromatic compounds known as terpenes, which are key to the cannabis consumer experience and the Aurora Standard.”

Denis Taschuk, President and CEO of Radient, stated, “We are very excited by this potential partnership with Aurora, given their leadership position in the medical cannabis space and the exceptional quality of their products. The combination of Aurora’s recently announced capacity expansion with our proprietary high-throughput extraction technology has the potential to play an important role in meeting the fast-growing demand for quality cannabinoid extracts.”

Currently trading at a market capitalization of $404.1M, ACBFF has a significant war chest ($17.39M) of cash on the books, which must be weighed relative to an appreciable load ($10.14M) of total accumulated debt. ACBFF is making real money, with trailing 12-month revenues coming in at 3.38M. You can bet we will update this one again as new information comes into view. For continuing coverage on shares of $ACBFF stock, as well as our other hot stock picks, sign up for our free newsletter today and get our next hot stock pick!