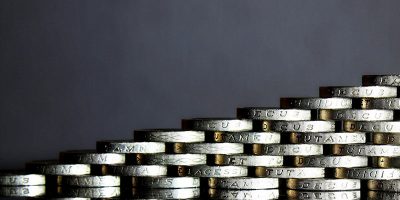 Aurinia Pharmaceuticals Inc (NASDAQ:AUPH) has rallied back after taking a cresting dip at the end of last month. Many analysts still consider AUPH to be a valuable “buy” and this might be a great low entry point for an investigational Lupus drug that has no competitor. In an aging population, AUPH’s drug Voclosporin offers a safer profile and early testing showed high remission rates. If this drug is approved, it could mean short-term and long-term returns for investors.

AUPH’s drug candidate addresses lupus nephritis, a serious and potentially life-threatening condition for which there are currently no FDA or EMA approved therapies. Foundation of America estimates that approximately 500,000 to 1,500,000 patients in the U.S. and approximately upwards of 5,000,000 patients in the world who suffer from System Lupus Erythematosus (SLE). Of those patients with SLE, 40%-60% develop lupus nephritis. The drug has received fast track approval.

Aurinia Pharmaceuticals Inc (NASDAQ:AUPH) has an experienced biotech management team. Company Co-Founder and CEO Richard Glickman has a depth of experience with LN having formerly worked as the CEO of Aspreva Pharmaceuticals (“Aspreva”) where he was in charge of the development of CellCept, the current standard of care for LN.

AUPH started its new Phase 3 trial recently and the market has started to react and evaluate the company’s trajectory once again.

Find out when $AUPH reaches critical levels. Subscribe to OracleDispatch.com Right Now by entering your Email in the box below.

“Dosing our first patient today is an important milestone for the Company,” said Neil Solomons, M.D., Chief Medical Officer of Aurinia during recent company press. “Our Phase 3 trial design is nearly identical to that of our successful Phase 2 AURA trial which demonstrated the potential of voclosporin to increase both speed and rates of remission in patients with active LN. We remain dedicated to advancing this treatment and making a meaningful impact in the lives of patients suffering from LN and those around them.”

AUPH’s new study, as mentioned above, titled AURORA, comes after a successful Phase I/IIa in 2016. According to company information, AURORA is a 52-week global double-blind placebo controlled study, intended to demonstrate that voclosporin added to the current standard of care of mycophenolate mofetil (MMF) can increase overall renal response rates in the presence of extremely low steroids. The primary endpoint is complete renal response at 52 weeks. This trial will recruit ~320 patients and is intended to support full marketing approval of voclosporin for patients with LN across multiple regulatory jurisdictions.

“Lupus nephritis is a devastating disease which if not managed, can be life-threatening. There is no approved medication to treat the condition which mostly affects women in their childbearing years,” said Mary Anne Dooley, M.D., M.P.H., Adjunct Professor of Medicine at University of North Carolina School of Medicine and principal investigator for the study. “The AURA Phase II results showed great promise and if replicated in Phase 3, voclosporin has the potential to change the current treatment paradigm for LN.”

Aurinia Pharmaceuticals Inc (NASDAQ:AUPH) is a biotech company, so you know what the risk are here. The drug can be rejected or fizzle out as the testing continues. AUPH has a respected management team and has show complete remission in previous testing. The latter would create a new standard of care for LN. The trial is underway and data should be available later this year. The cash burn is an issue to watch. Two months ago, the company reported $202M, which should keep things operational until we have substantial results. For continuing coverage on $AUPH and our other hot stock picks, sign up for our free newsletter today and get our next hot stock pick!