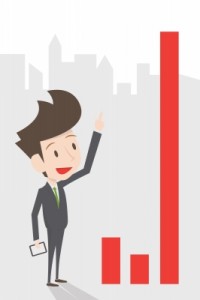 APHRIA INC NPV (OTCMKTS:APHQF) is one of the best performing stocks in the cannabis patch in North America. It’s a balance sheet beast at a time when growth in the space is expected to kick into a new historic gear. As such, one of the company’s goals needs to be finding ways to make its large stockpile of cash go to work.

That’s why investors will possibly be pleased in the latest news that Aphria is making a private placement investment in Tetra Bio Pharma to fund initiation of clinical trials in PhytoPain Pharma Inc. The chart shows 27% added to share values of the stock over the past month of action. The situation may be worth watching. APHQF has a history of dramatic rallies. Furthermore, the listing has benefitted from a jump in recent trading volume to the tune of approaching 340% beyond its prior sustained average level

APHRIA INC NPV (OTCMKTS:APHQF) trumpets itself as a company that produces, supplies, and sells medical cannabis in Canada. Its cannabis products include dried flowers and cannabis oils.

The company sells its products through its online store and telephone orders, as well as MMPR licensed producers. Aphria Inc. is headquartered in Leamington, Canada.

According to company press materials, “Aphria Inc., one of Canada’s lowest cost producers, produces, supplies and sells medical cannabis. Located in Leamington, Ontario, the greenhouse capital of Canada. Aphria is truly powered by sunlight, allowing for the most natural growing conditions available. We are committed to providing pharma-grade medical cannabis, superior patient care while balancing patient economics and returns to shareholders. We are the first public licensed producer to report positive cash flow from operations and the first to report positive earnings in consecutive quarters.”

As discussed last time, we see a bright future ahead for this stock, though it may need some period of consolidation given the huge growth we have seen in recent months. But all the pieces for future sustained growth are in place: The balance sheet is a fortress, the context is perfect (increasing market size due to increasing legality trend in US and Canada), the company is already profitable, and its production is set to expand dramatically over the next two years as its production space will jump by 300,000 square feet, increasing the company’s marijuana yield annually to nearly 40,000 lbs. from more than 12,000 lbs.

As noted above, the newest move is to start to deploy cash in investments that can increase its productivity with profits. The recent private placement is for 5,000,000 units at a price of $0.20 per unit for aggregate gross proceeds of $1,000,000.

According to the recent release, “Each unit will consist of one common share and one non-transferable warrant, with a whole warrant entitling the holder to purchase one common share of the Company at a price of $0.26 per share for a period of 3 years following the closing date. The warrants are subject to an accelerated expiry if the Company’s shares trade above $0.45 for thirty (30) consecutive trading days then the warrants will expire in 30 days if not exercised. The private placement closed on December 5, 2016.”

“Obtaining an investment from one of Canada’s leading cannabis producers re-enforces the value of the research and development being conducted by the science team at Tetra Bio-Pharma lead by Chief Science Officer, Dr. Guy Chamberland,” commented Ryan Brown, Co-Founder/VP Business Development.

Now commanding a market cap of $265M, APHQF has a significant war chest ($39.61M) of cash on the books, along with total assets a bit less than $63M, which compares with an appreciable load ($5.73M) of total accumulated debt. APHQF is making real money, with trailing revs already coming in at $8.79M. In addition, the company is starting to see major topline growth, with quarterly y/y revs increasing at 360%. We will keep a close eye on this stock and update the story again soon. For continuing coverage on shares of $APHQF stock, as well as our other hot stock picks, sign up for our free newsletter today and get our next hot stock pick