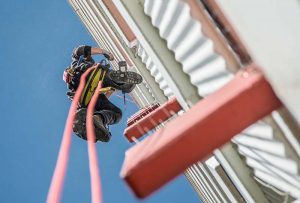 APHRIA INC COM NPV (OTCMKTS:APHQF) is on a steady climb from last week, if you look at the chart below. By the end of last week, the stock price was at $3.63 and now it is hovering around $4.10. APHQF is carrying a marketcap of 567.71M with 138.47 shares outstanding. The company is one of the favorites in the expanding cannabis marketplace because of their ability to maintain value.

The company has had 6 consecutive quarters of positive earnings growth, quite a feat in this very turbulent industry.  Last year, total revenue was $8.43 million, a staggering 1400% increase from 2015. First quarter of 2017 revenue stands at $5.12 million, 60% of last year’s total, so well on track for a juicy rest of the year. Aphria is the first public licensed medical cannabis producer to report positive cash flow from operations and the first to report positive earnings in consecutive quarters.

APHRIA INC COM NPV (OTCMKTS:APHQF) is a Canadian-based marijuana grower that sells for medicinal purposes, it sells through an e-commerce platform and also takes phone orders. They pride themselves on extremely high quality customer service – ranked number 1 in patient care for 2016, and also provide quick delivery in a professional manner selling Marijuana at competitive prices.  Since Canada has permitted medical cannabis to be sold since 2001, the medical cannabis companies will be best positioned leading into the next phase of the Green Rush.

Recently, Aphria has been granted approval for Part 2 expansion by Health Canada which will allow them to triple their production capacity of medical cannabis from 2,600 kgs to 8,000 kgs annually. Another factor to consider is Aphria’s previously announced expansion into the U.S. market, they took the first step last week by announcing the Completion of Strategic Investment in DFMMJ, and Exclusive Management Agreement with Chestnut Hill Tree Farm LLC. DFMMJ intends to continue to target, for expansion, key US states that have approved medical use of marijuana and meets its stringent investment criteria.

In addition, APHQF announced plans for the joint distribution of dried medical cannabis in the maritime provinces and Quebec along with Tetra Bio-Pharma Inc. Tetra and APHQF will enter into a joint supply agreement, with Aphria supplying dried medical cannabis under its ACMPR license, and Tetra packaging the product using the manufacturing process developed for its in-progress clinical drug trial for PPP001.

Formulation and packaging will be completed by Tetra, under its CDSA dealer’s license, at its New Brunswick facility. Based on the success of the venture, Tetra and Aphria may expand into other provinces. The venture is preparing to initiate its commercial operations early summer 2017 with revenues commencing in Tetra’s third quarter of 2017 and Aphria’s first quarter of 2018.

APHRIA INC COM NPV (OTCMKTS:APHQF) is continuing to rally and have surpassed the $3 mark we thought they would boil down to when we write about them a few weeks back. The company’s move into the U.S. market is vital for their growth. There is room to absorb the business of more and more states legalizing and APHQF has the foundation in place to make that dream come true. The thing to watch here is dilution of shares and maybe hiccups in the United States legal landscape. For more news on APHQF and other fast-moving breakout stocks, please subscribe to OracleDispatch.com below.