APHRIA INC COM NPV (OTCMKTS:APHQF) Gets Creative with Its Cash 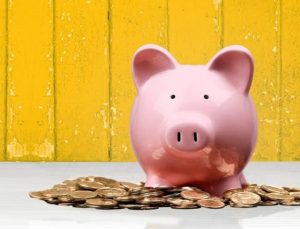 APHRIA INC COM NPV (OTCMKTS:APHQF) is another of the top plays in the Canadian cannabis space, and another of our favorites on the OTC over the past year. APHQF has shown huge topline growth and carries a massive store of cash on hand against very little debt, granting flexibility and an ability to aggressively pursue new opportunities, which we like to see.
One such new opportunity that APHQF is pursuing is diversifying through an interesting investment strategy: the company is leading the series B round for Tokyo Smoke. According to that company’s recent press, “The company is pleased that its current funding round is oversubscribed, and is expected to exceed the initial target of $5 million CAD. Final close of its Series B is expected by the end of August 2017. The funds will help accelerate Tokyo Smoke’s vision to be Canada’s leading cannabis brand.”
APHRIA INC COM NPV (OTCMKTS:APHQF) bills itself as a company that produces, supplies, and sells medical cannabis in Canada. Its cannabis products include dried flowers and cannabis oils. APHQF sells its products through its online store and telephone orders, as well as MMPR licensed producers.
According to press materials, “Aphria Inc., one of Canada’s lowest cost producers, produces, supplies and sells medical cannabis. Located in Leamington, Ontario, the greenhouse capital of Canada. Aphria Inc is truly powered by sunlight, allowing for the most natural growing conditions available. We are committed to providing pharma-grade medical cannabis, superior patient care while balancing patient economics and returns to shareholders. We are the first public licensed producer to report positive cash flow from operations and the first to report positive earnings in consecutive quarters.”
Find out when $APHQF stock reaches critical levels. Subscribe to OracleDispatch.com Right Now by entering your Email in the box below.

As noted above, APHQF shareholders are looking at more of a good thing, from what we can see. The company is in very strong shape and has started the process of diversification of exposure, which is something we have seen from other top tier players in the same space. Companies sitting in this segment are often sitting on extra cash and need a way to diversify away from the risks involved in commodity production in a legally volatile space.
Management has chosen to direct some of its cash toward a new opportunity, taking a lead role in the Series B round of a private company, Tokyo Smoke.
Says APHQF CEO Vic Neufeld, “We believe Tokyo Smoke is at the forefront of modern cannabis retail and branding. Aphria is excited to be a part of its future as it redefines the retail cannabis experience.”
“Almost one year ago, we partnered with Aphria on a first-of-its kind cannabis deal in Canada. Today, we are incredibly grateful to welcome Aphria to Tokyo Smoke as shareholders, as we continue to build the largest cannabis related retail infrastructure in Canada. The outsized investor demand suggests that leaders in the cannabis industry like Green Acre Capital agree Tokyo Smoke is positioned to become a category defining brand in cannabis,” says Alan Gertner, co-founder and CEO of Tokyo Smoke. “As Canada moves towards legalization, we believe this country will model modern cannabis experiences and Tokyo Smoke will remain at the forefront of that experience.”
Recent action has seen 13% added to share values of the stock over the past month of action, a rally that has pushed up against longer standing distributive pressure in the stock. That said, APHQF has evidenced sudden upward volatility on many prior occasions. Moreover, the listing has benefitted from a jump in recent trading volume to the tune of 31% above its long run average levels.
Earning a current market cap value of $631.49M, APHQF has a significant war chest ($79.9M) of cash on the books, which compares with about $1.6M in total current liabilities. One should also note that debt has been growing over recent quarters. APHQF is pulling in trailing 12-month revenues of $20.4M. In addition, the company is seeing major top line growth, with y/y quarterly revenues growing at 106%. This may be a very interesting story and we will look forward to updating it again soon. For continuing coverage on shares of $APHQF stock, as well as our other hot stock picks, sign up for our free newsletter today and get our next breakout pick!
Disclosure: we hold no position in $APHQF, either long or short, and we have not been compensated for this article.