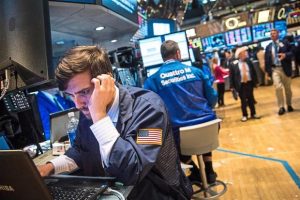 APHRIA INC COM NPV (OTCMKTS:APHQF) continues to push higher and continues to be one of our favorites. The company just reported its results for the first quarter ended August 31, 2017, and the numbers were predictably strong, headlined by the company’s eighth consecutive quarter of positive EBITDA on $1.5M in adjusted earnings, which represents a healthy 47% y/y jump.
“In the first quarter of 2018, Aphria increased revenue and grams sold, and lowered cash costs, in addition to recording our eighth consecutive quarter of positive EBITDA,” said Vic Neufeld, Chief Executive Officer, Aphria. “A key driver of our continued performance has been our ability to maintain leadership as one of the lowest-cost producers in the industry. As legal recreational cannabis comes into market in 2018, low costs per gram will be a critical factor for the entire supply chain. Our proven ability to grow to scale while keeping costs low is an important competitive advantage; it positions Aphria to profitably meet projected demand for cannabis and deliver sustainable value to our shareholders.”
APHRIA INC COM NPV (OTCMKTS:APHQF) bills itself as a company that produces, supplies, and sells medical cannabis in Canada. Its cannabis products include dried flowers and cannabis oils. APHQF sells its products through its online store and telephone orders, as well as MMPR licensed producers.
According to press materials, “APHQF is one of Canada’s lowest cost producers, produces, supplies and sells medical cannabis. Located in Leamington, Ontario, the greenhouse capital of Canada. APHQF is truly powered by sunlight, allowing for the most natural growing conditions available. We are committed to providing pharma-grade medical cannabis, superior patient care while balancing patient economics and returns to shareholders. We are the first public licensed producer to report positive cash flow from operations and the first to report positive earnings in consecutive quarters.”
Find out when $APHQF reaches critical levels. Subscribe to OracleDispatch.com Right Now by entering your Email in the box below.

As noted above, we like this stock and have been consistent fans for over a year now. In that time, shares of APHQF have nearly tripled. And this is no smoke and mirrors play. This is a well-run company with a fortress balance sheet making real money day in, day out. The company latest financials demonstrate that fact quite nicely.
According to the company’s most recent release, “revenue for the three months ended August 31, 2017 was approximately $6.1 million, representing a 7% increase over the prior quarter’s revenue of approximately $5.7 million, in a quarter in which the Company was effectively capacity constrained as the first sale from the Part II expansion did not occur until late in August. Further, on a kilogram and kilogram equivalent basis, the Company increased its sales by 15%, from 738.3 kgs to 852.0 kgs. Cannabis oil sales, as a percentage of all revenue, remained constant in the quarter at 32% of revenue.”
“Looking ahead, we are on track to meet critical short- and long-term goals: Our fully-funded facility expansion is well underway, and we expect to achieve further economies of scale once the expansion projects are completed in 2018. Additionally, we continue to develop new product innovations and invest in our recreational infrastructure and brand. This will enable us to serve growing demand from medical cannabis patients in the near term and will eventually support Aphria’s position as a leader in Canada’s recreational market, once federal and provincial regulatory frameworks are in place,” said Mr. Neufeld.
The chart shows 15% during the past month in terms of shareholder gains in the company. Market participants may want to pay attention to this stock. APHQF is a stock whose past is littered with sudden rips. Furthermore, the listing has registered increased average transaction volume recently, with the past month seeing 67% over what the stock has registered over the longer term.
Now commanding a market cap of $877.8M, APHQF has a significant war chest ($79.9M) of cash on the books, which compares with about $1.6M in total current liabilities. One should also note that debt has been growing over recent quarters. APHQF is pulling in trailing 12-month revenues of $20.4M. In addition, the company is seeing major top-line growth, with y/y quarterly revenues growing at 106%. You can bet we will update this one again as new information comes into view. Sign-up for continuing coverage on shares of $APHQF stock, as well as other hot stock picks, get our free newsletter today and get our next breakout pick!
Disclosure: we hold no position in $APHQF, either long or short, and we have not been compensated for this article.