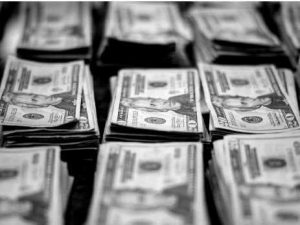 APHRIA INC COM NPV (OTCMKTS:APHQF) is one of the top tier Canadian cannabis production players that we covered earlier this month. APHQF continues to make some interesting moves, so we thought it was a good time for an update. In our last update, we noted that the company was starting to get creative with its monstrous mountain of cash (nearly $80M at last count) through strategic investments. The first was in Tokyo Smoke. Just afterwards, it made a new such move, reportedly investing $11.5 million in HydRx Farms, Ltd. (o/a Scientus Pharma) by way of a senior, secured convertible debenture.
According to the release, the Debenture has a two-year term, bears interest at the rate of 8%, paid semi-annually, is convertible into the common shares of Scientus Pharma at the rate of $2.75 a share and is secured by a first charge on all of the current and future assets of Scientus Pharma. That announcement was quickly followed by an update on its Tokyo Smoke move, which we will explore in detail below. But first, let’s run through a quick refresher on this strong cannabis patch player.
APHRIA INC COM NPV (OTCMKTS:APHQF) bills itself as a company that produces, supplies, and sells medical cannabis in Canada. Its cannabis products include dried flowers and cannabis oils. APHQF sells its products through its online store and telephone orders, as well as MMPR licensed producers.
According to press materials, “Aphria Inc., one of Canada’s lowest cost producers, produces, supplies and sells medical cannabis. Located in Leamington, Ontario, the greenhouse capital of Canada. Aphria Inc is truly powered by sunlight, allowing for the most natural growing conditions available. We are committed to providing pharma-grade medical cannabis, superior patient care while balancing patient economics and returns to shareholders. We are the first public licensed producer to report positive cash flow from operations and the first to report positive earnings in consecutive quarters.”
Find out when $APHQF reaches critical levels. Subscribe to OracleDispatch.com Right Now by entering your Email in the box below.

As noted above, APHQF has been on a strategic warpath, finally trying to get productive with its great big pile of cash. Remember, this is a company that has pulled in over $20M on the top line in the past few quarters, and built up a massive hill of cash on the balance sheet in the process. But sales are still growing in the triple digits, so one can only imagine that it needs to start finding productive ways to deploy that cash, rather than having it sitting around idly.
One way would be to announce some kind of share buy-back or dividend. Another is to push it into strategic investments. Clearly, the company has started the latter process.
It’s recent move to tether up to Tokyo Smoke is certainly an interesting one. The company put out a release last week on Tokyo’s Smoke’s announcement of its expansion into the Prairies, with six new retail locations slated to open over the next two years.
According to that announcement, “starting with downtown Calgary in fall 2017, Tokyo Smoke’s retail and coffee shops will also see additional locations in Alberta, Saskatchewan and Manitoba. This western expansion marks the first phase of Tokyo Smoke’s broader plan to expand nationally, bringing design-focused, elevated shopping experiences, a robust coffee program and stylish cannabis products to Canadians. In addition, to further scale its presence in Ontario, three new locations will open in late 2017: near Queen and Broadview (close to the recently opened Broadview Hotel), in downtown Hamilton (in the newly-revitalized James Street area) and in Toronto’s downtown core (a PATH-accessible location).”
“We’re excited to announce this significant step in our quest to help shape the future of Canadian cannabis retail. Expanding into the Prairies by partnering with Leo’s Group allows us to deliver the Tokyo Smoke experience tailored to the local market,” said Alan Gertner, founder and CEO of Tokyo Smoke. “Whether it’s to browse our carefully selected products, enjoy a cup of coffee or learn more about cannabis, we can’t wait to welcome customers in Alberta, Saskatchewan and Manitoba to our stores.”
Earning a current market cap value of $644.1M, APHQF has a significant war chest ($79.9M) of cash on the books, which stands against about $1.6M in total current liabilities. One should also note that debt has been growing over recent quarters. APHQF is pulling in trailing 12-month revenues of $20.4M. In addition, the company is seeing major top line growth, with y/y quarterly revenues growing at 106%. This may be a very interesting story and we will look forward to updating it again soon. For continuing coverage on shares of $APHQF stock, as well as our other hot stock picks, sign up for our free newsletter today and get our next breakout pick!
Disclosure: We hold no position in $APHQF, either long or short, and we have not been compensated for this article.