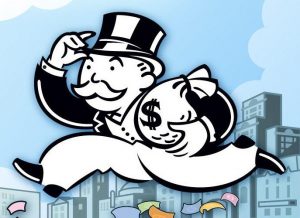 Canopy Growth Corp (OTCMKTS:TWMJF) has clearly emerged in 2017 as perhaps the largest overall cannabis producer in the world. But, as is often the case in emerging market segments, the rich get richer: the company just announced plans to establish a 40,000 m2 production facility in Odense, Denmark as part of a joint venture company, Spectrum Cannabis Denmark ApS, representing an alliance with Danish Cannabis ApS, a leading European hemp producer.
According to the release, “the immediate conversion of 30,000 m2 of existing greenhouse infrastructure could be completed as soon as early 2018, subject to regulatory approvals and licensing, and has the full support of Odense Mayor Peter Rahbæk Juel.” The move grants both geographic diversification – an all-important factor in an industry always subject to legislative risks – and the potential for accelerating market dominance through sheer capacity.
Canopy Growth Corp (OTCMKTS:TWMJF) is one of the bigger growers in the industry. The company produces and sells medical marijuana in Canada. It offers dry cannabis and oil products primarily under the Tweed and Bedrocan brands. It also sells its products through online.
According to company materials, “Tweed is the most recognized marijuana production brand in the world. It has built a large and loyal following by focusing on quality products and meaningful customer relationships. Tweed doesn’t just sell marijuana, it facilitates a conversation about a product we’ve all heard about but haven’t met intimately yet. It is approachable and friendly, yet reliable and trusted. As marijuana laws liberalize around the world, Tweed will expand its leading Canadian position around the globe.”
Also from their materials, “Bedrocan is the epitome of medical-grade cannabis. Bedrocan BV pioneered medical cannabis in Holland through decades of selection and refinement, leading to standardized, whole bud cannabis strains that patients can rely on. Bedrocan Canada supplies the same standardized strains to the Canadian market through exclusive licensing rights to the American continents, an arrangement it will also enjoy for all future genetic advancements. Due to its consistency over time, Bedrocan’s strains have been used in clinical research in seven European countries. That commitment to research didn’t stay on the east side of the Atlantic – Bedrocan Canada recently launched one of the largest clinical cannabis studies in the world, the EQUAL Study, to evaluate quality of life before and after medical cannabis use.”
Find out when $TWMJF stock reaches critical levels. Subscribe to OracleDispatch.com Right Now by entering your Email in the box below.

“We are pleased that our efforts to create a stable, skilled and safe environment continues to attract global businesses to Odense, which will now share in the prosperity of the largest and most reputable medical cannabis company in the world,” said Mayor Juel.
According to the release, the Odense facility is expected to employ over 125 staff, including its former orchid growers who will all be offered employment with the Company. Based on current usage rates in Canadian patient groups, production capacity from the state-of-the art greenhouse could serve the needs of approximately 60,000 patients, with a retail production value of over 500 M DKK.
“The Danish market is a stable, attractive market for a number of strategic reasons,” said Bruce Linton, Chairman and CEO of Canopy Growth. “In Denmark, we see a strong pharmaceutical industry with an equally strong research tradition as well as a skilled labour pool and attractive energy rates. Based on these foundational aspects and with the expertise of our partners at Danish Cannabis, I am confident we will build upon our global success here in Denmark.”
Currently trading at a market capitalization of $1580.8M, TWMJF has a significant war chest ($108.9M) of cash on the books, which is balanced by about $1.6M in total current liabilities. TWMJF is pulling in trailing 12-month revenues of $57.9M (quite impressive). In addition, the company is seeing major top-line growth, with y/y quarterly revenues growing at 106.7%. This is an exciting story, and we look forward to a follow-up chapter as events transpire. Sign-up for continuing coverage on shares of $TWMJF stock, as well as other hot stock picks, get our free newsletter today and get our next breakout pick!
Disclosure: we hold no position in $TWMJF, either long or short, and we have not been compensated for this article.