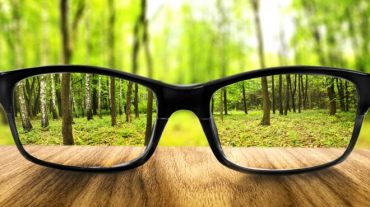 Amfil Technologies Inc (OTCMKTS:AMFE) is a penny stock based in Ontario that has started to shape up as a new play in the cannabis patch. The stock is breaking out in a big run after the company came out and announced that it has begun the process of seeking out quotes from PCAOB licensed auditing firms to continue on from its last audited 10K for year-end 2014. In other words, the company is ready to get current and look to uplist. That is usually a good sign because business entities operating in the shadows rarely invite scrutiny and transparency unless they know the world is going to respond well to what’s under the hood.

Traders will note just shy of 140% piled on for shareholders of the listing during the trailing month. The situation may be worth watching. AMFE has a track record that includes a number of dramatic bounces. Moreover, the company has seen an influx in interest of late, with the stock’s recent average trading volume running just under 170% beyond its prior sustained average level.

According to the company’s latest release, the recent acquisition of Snakes & Lagers Inc. / Snakes & Lattes Inc., along with the impact of having that segment on the books as a revenue source, is probably the main fuel for confidence in moving off the pink sheets.

The release continues to note that the company “intends to up-list from the OTC Pink tier. On May 12th, 2015, the company filed audited financial statements completed by MNP LLC. for the fiscal year ends of 2013 and 2014. Since inception in 1985 Amfil Technologies Inc. had always been an SEC reporting issuer until our switch to alternative reporting in May 2015. The 2015, 2016 and the quarterly financial statements thus far into 2017 were filed unaudited through OTC Markets directly as per the alternative reporting guidelines. Over the coming months, the company intends to have year ends 2015, 2016 and 2017 audited in conjunction with the filing of a Form 10 to re-register as a fully reporting company with the Securities and Exchange Commission. We would like to time this process if possible with our fiscal year end 2017, being June 30th 2017 or shortly thereafter.”

That confidence is not without some ties to the boom in Canadian cannabis going on as well:

“The company has greatly exceeded growth expectations thus far into 2017 and has been actively pursuing a number of opportunities to further bolster all subsidiaries in their respective industries. The company has been especially active with the development of the GROzone subsidiary which has recently received U.S. Patent Pending #62472210 for the new EcoPr03 GROzone Antimicrobial System. Additionally, GROzone is in the final stages of an agreement to market and distribute the GROzone antimicrobial systems alongside a highly established hydroponics developer. This deal will be a monumental step for the GROzone subsidiary’s penetration into the global market. We anticipate this deal to be finalized within the coming days and expect to update shareholders accordingly upon completion.”

Earning a current market cap value of $33.7M, AMFE has a reserve ($141K) of cash on the books, which stands against about $1.1M in total current liabilities. One should also note that debt has been growing over recent quarters. AMFE is pulling in trailing 12-month revenues of $1.7M. In addition, the company is seeing major top line growth, with y/y quarterly revenues growing at 4507.7%. We will update the story again soon as developments transpire. For continuing coverage on shares of $AMFE stock, as well as our other hot stock picks, sign up for our free newsletter today and get our next hot stock pick!