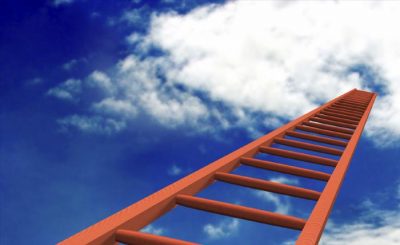 Amfil Technologies Inc (OTCMKTS:AMFE) is a penny stock that continues to be widely embraced by momentum players on the OTC. When we last covered the name, we noted that it had taken a new entity onto the books that would provide more sustained and predictable revenues. That was the springboard to uplisting the stock and to more widespread credibility. The sky has been the limit ever since, with the stock screaming 120% higher just in the past three weeks.

The most recent catalyst out of the company just hit the wires as an update on its Snakes & Lattes Inc./Snakes & Lagers Inc. subsidiary. According to the release, “Snakes & Lattes Inc. has received its largest purchase order to date from Indigo Chapters and will be supplying approximately 10,000 units each of a number of titles we hold exclusive Canadian distribution rights to, including Exploding Kittens, Cards Against Humanity, Joking Hazard and Watch Ya Mouth.”

In an interesting note in the update, the company noted that Nintendo of Canada’s PR department reached out to Snakes & Lattes Inc. to “potentially partner up to create ‘game nights’ at the Snakes & Lattes Inc. locations to help promote and showcase the recently launched Nintendo Switch gaming console and the new game 1-2 Switch. This is a popular and highly interactive party game that showcases the system’s many unique features and impressive new technology. Updates will be forthcoming once we finalize the details.”

The company also noted that construction is slated to get underway in May 2017 for a July 2017 opening for the new Yonge & Eglinton location. This expansionary tone is ideal at this stage, and likely one of the reasons the stock is acting so well.

In addition to updating progress at Snakes and Lattes, the company also recently announced that it jointly signed non-disclosure / confidentiality agreements with a large hydroponic systems manufacturer. That suggests a joint venture, which it confirmed in the release to be as far as due diligence.

The point would be to integrate and distribute the GROzone EcoPr03 Antimicrobial System as a customized add-on to the hydroponic systems distributed by this unknown potential joint venture partner.

According to the release, “there will be dual announcements naming the partner shortly as they have requested additional time to prepare and so additional agreements can be finalized. This manufacturer will be receiving their first EcoPro3 unit in the coming weeks.”

Traders will note just shy of 250% during the past month in terms of shareholder gains in the stock. This is emblematic of the stock. AMFE has a history of dramatic rallies. Moreover, the name has seen interest climb, with an increase in recent trading volume of just under 270% beyond its prior sustained average level. Since we last covered the name, the stock has moved 119.9% higher.

Earning a current market cap value of $52M, AMFE has a chunk ($141K) of cash on the books, which stands against about $1.1M in reported total current liabilities. One should also note that debt has been growing over recent quarters. AMFE is pulling in trailing 12-month revenues of $1.7M. In addition, the company is seeing major top line growth, with y/y quarterly revenues growing at 4507.7%. We will update the story again soon as further details emerge. For continuing coverage on shares of $AMFE stock, as well as our other hot stock picks, sign up for our free newsletter today and get our next hot stock pick!