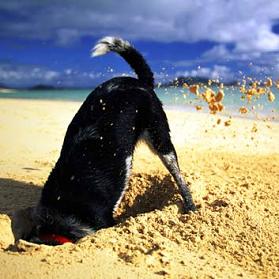 American Green Inc (OTCMKTS:ERBB) is a deep sub-penny stock in the cannabis space that is trying to stave off sellers after popping and dropping around the November 8 vote, which included Arizona’s prop 205, which infamously (for the cannabis movement) was the lone failure on the landmark day. However, the company is trying to drum up some excitement with an announcement of expected record success next quarter.

Specifically, the company announced that “with the BlazeNow arrangement and the resulting sales, orders for the American Green Machine (AGM), and with its online store relaunching in the Amazon Marketplace on Thursday, expected revenues for the first quarter of the new year should be in its best quarter to date.”

American Green Inc (OTCMKTS:ERBB) operates as a technology company in the medical cannabis industry in the United States.

Find out when $ERBB stock reaches critical levels. Subscribe to OracleDispatch.com Right Now by entering your Email in the box below.

As noted in their release, the projected sale of over thirty American Green Machine (AGM) units will make up a substantial amount of the quarter’s revenue and account for more than half of its revenue until the cultivation facility is fully operational. The expansion of the “AGM Machine” into markets other than cannabis has already presented much larger opportunities than were available by being wedged into a single sector.

With a licensed commercial contractor selected, a cultivation license in place, and the recent extension to its variance approved by the City of Phoenix, the permit for the engineered site plan is the only thing remaining to allow the company to expedite the facility’s completion. Much of the construction has already been done off-site and will be shipped in the next month.

“American Green’s new relationship with BlazeNow — the MJ dispensary locator for Android and iPhone users — is off to a great start. The company projects signing up more than 145 dispensaries planning to purchase listings beginning in Arizona, Illinois, Michigan, Maine, Rhode Island and Massachusetts next quarter,” says David Gwyther, ERBB’s acting president and chairman. “Our venture with BlazeNow is only weeks old and we’re already witnessing a tremendous amount of enthusiasm from our potential new dispensary clients.”

Back in 2009, American Green was the first-ever medical marijuana stock to go public; flash forward seven years later, and the company is badly looking for a new focus and direction to stand out from all the other marijuana stocks in a now crowded field.

American Green Inc made its name with its ZaZZZ machines for automated, age-verifying dispensing of cannabis-based products. Stick a ZaZZZ machine in the corner, and it was possible for visitors at these establishments to make fully unattended marijuana purchases.

The stock hasn’t been responding very well to recent efforts. We suspect the monstrous outstanding share pool is weighing on things a bit, as well as its positioning in a more conservative market. But time will tell.

Currently trading at a market capitalization of $10.3M, American Green Inc has almost no cash on the books, which compares with an appreciable load ($2.75M) of total accumulated debt. ERBB is making some small change at this point, with trailing 12-month revenues coming in at 48.63k. However, we aren’t seeing any top line growth as of yet. According to management, that will come next quarter. I don’t know about you, but I will wait and see on that one. That said, this may turn out to be a very interesting story and we will look forward to updating it again soon. For continuing coverage on shares of $ERBB stock, as well as our other hot stock picks, sign up for our free newsletter today and get our next hot stock pick!