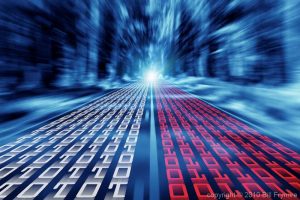 Airborne Wireless Network (OTCMKTS:ABWN) is a penny stock that has grabbed hold of the attention of traders during the stock’s recent bounce. The company just announced that it has entered into an agreement with Electric Lightwave Holdings, Inc. According to the PR piece, “This agreement creates a mutually beneficial relationship pursuant to which the ground segment of our contemplated Infinitus Super Highway will be supported by Electric Lightwave’s 12,500-mile fiber optics cable and data center network, which is located throughout the Western United States, including an undersea cable link to the Hawaiian Islands.”

Traders will note 88% tacked on to share pricing for the name in the past month, a rally that has pushed up against longer standing distributive pressure in the stock. The situation may be worth watching. ABWN has a history of dramatic rallies. What’s more, the listing has benefitted from a jump in recent trading volume to the tune of just shy of 270% above the average volume levels in play in this stock over the longer term. This is particularly important with a float in play that’s very limited — of 29M shares. As savvy traders are well aware, with such a tight trading float, this kind of ramping interest can force a supply-shock squeeze.

This network will enable participating aircraft to act as airborne repeaters or routers, sending and receiving broadband signals from one aircraft to the next creating a digital superhighway in the sky. The company is involved in developing Infinitus, an airborne broadband network providing connectivity for worldwide broadband carrier services using commercial aircraft. It intends to sell wholesale bandwidth to the telecom and Internet service providers.

Find out when $ABWN stock reaches critical levels. Subscribe to OracleDispatch.com Right Now by entering your Email in the box below.

As noted above, the company has announced that it has entered into an agreement with Electric Lightwave Holdings, Inc.

Our sense is the company believes the agreement to be material to their longer-term success, as they note it provides access to strategic properties on which “we may construct our ground stations. With this agreement, we have moved closer toward creating the Infinitus Super Highway.”

Jason T. de Mos, Vice President of Business Development and Aviation Compliance, said, “This agreement will allow our contemplated Infinitus Super Highway™, once implemented, to reach the end users.  Without a ground link, users would have no way to access our network.  This agreement with Electric Lightwave Holdings, Inc. provides that initial link to the ground, paving the way for ground segment partnerships for the remainder of the United States.”

Also, pursuant to this agreement, Electric Lightwave has agreed to assist the company with introductions and other support and advisory services “during our testing phases through and including final system rollout.”

Now commanding a market cap of $105.2M, ABWN has virtually no cash on the books, which is balanced by about $101K in total current liabilities. One should also note that debt has been growing over recent quarters. The company is pre-revenue at this point. We will update the story again soon as developments transpire. For continuing coverage on shares of $ABWN stock, as well as our other hot stock picks, sign up for our free newsletter today and get our next hot stock pick!