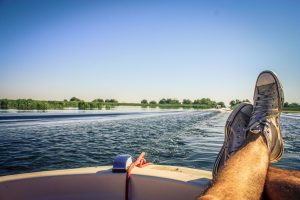 Agrieuro Corp (OTCBB:EURI) is a micro-cap player in the aquaculture space that specializes in aquatic harvesting of water reed as a cash crop. It’s a widely used crop that is apparently not pervasively producible. In any case, the stock got into gear on Tuesday in a big way. The key catalyst was the company’s release of an update regarding its operations, sales and revenues forecast on Tuesday morning.

In the course of the update, the company stated that it has sold out its most recent reed harvest at an average price of 1.55 euro per bundle after overwhelming international demand. Apparently, at the time of the announcement, the demand for AgriEuro’s reed still outweighed the current supply and the company is working on several solutions to bring more reed into the market. In other words, they are a supplier of a rare crop that is in a shortage. That suggests higher reed prices ahead. And, naturally, the market is taking that as a pure play catalyst for shares of EURI.

Agrieuro Corp (OTCBB:EURI) trumpets itself as a company that is in the aquaculture and agriculture industries, and is in the process of developing a luxury hotel on its property to enter into the hospitality industry.

AgriEuro also owns the four (4) building complexes on the property at the Black Sea shore, and is in the process of developing hotel accommodations of 620 beds on the property, on 2 hectares of its property, located inside the Natural Reservation of Danube, Tulcea County, Channel area.

According to company materials, “AgriEuro Corp operates in the agricultural, aquaculture and tourism industry in Europe. The company’s flagship property is located at the junction of the Danube delta and the Black Sea and encompasses a variety of currently revenue-producing and soon-to-be producing businesses. It spans over 4,200 acres on a Unesco World Heritage site. Investors can visit the company’s website at wwwdotAgriEuroCorpdotcom.”

Find out when $EURI stock reaches critical levels. Subscribe to OracleDispatch.com Right Now by entering your Email in the box below.

Naturally, with any commodity producer, the effects of a shortage are played out in individual deals but add up to a commodity price directional pressure. While we certainly do not know of any sort of “water reed futures” contract or exchange mechanism, there must certainly be standard pricing mechanisms of some sort. The company’s update suggests that their side of any deal is going to advantageous for the time being. That said, the stock advanced in a manner that may overshoot the impact of the signal on pricing. But time will tell.

Management was obviously fired up.

“We are actually expecting to harvest a record amount of reed this year, far exceeding our 2016 harvest. In spite of that, we believe that the harvest will be sold out well before it’s ready to deliver,” said Mr. Monda, CEO of AgriEuro Corp. The company plans to continue investing in new equipment and projects an increase of yields to 1 million bundles annually within the next 24 months. “I believe we have barely scratched the surface in terms of what is possible with this property and are committed to taking all the steps necessary to bring it to its full potential as soon as possible.”

We’ve witnessed 300% added to share values of the name over the past month of action, a rally that has pushed up against longer standing distributive pressure in the stock. That said, EURI is a stock who’s past is littered with sudden rips. What’s more, the stock has witnessed a pop in interest, as transaction volume levels have recently pushed greater than 1000% over what the stock has registered over the longer term.

Now commanding a market cap of $23.6M, EURI has virtually no cash on the books, which is balanced by about $1.8M in total current liabilities. EURI is pulling in trailing 12-month revenues of $195K. However, the company is seeing declines on the top line on a quarterly y/y basis, with revenues falling at -38.8%. We will update the story again soon as further details emerge. For continuing coverage on shares of $EURI stock, as well as our other hot stock picks, sign up for our free newsletter today and get our next hot stock pick!