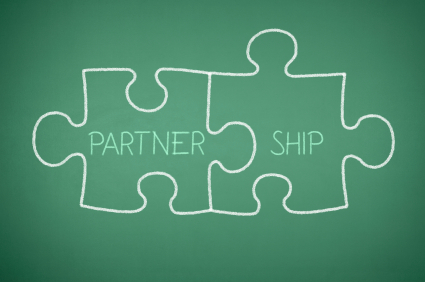 AeroGrow International, Inc. (OTCMKTS:AERO) is a micro-cap stock that’s been ripping higher as an integral pick-and-shovel play derivative of the extraordinary strength we are seeing right now in the cannabis and marijuana-related space. The base catalyst is of course the nine states heading to the ballot boxes this week to most likely widen the scope of the legal pot market in the US. According to Cowen & Co., the overall legal sales footprint for cannabis in the US will more than triple as a result of this voting process.

Recent action has seen 20% added to share values of the name over the past month of action, and over 300% so far this year. The situation may continue to be worth watching. AERO is a stock whose past is littered with sudden rips. What’s more, the listing has witnessed a pop in interest, as transaction volume levels have recently pushed a bit less than 180% over what the stock has registered over the longer term. It pays to take note of this fact due to the tiny float size in the stock (less than 5.4M shares). As savvy traders are well aware, a jump in average daily transaction volume in a stock with a restricted float can unleash fireworks as supply is squeezed.

AeroGrow International, Inc. (OTCMKTS:AERO) trumpets itself as a company that engages in the development, marketing, direct-selling, and wholesale of indoor garden systems to consumers and retailers worldwide.

The company’s principal products include indoor gardens and proprietary seed pod kits that allow consumers to grow vegetables, such as tomatoes, chili peppers, and salad greens; fresh herbs, including cilantro, chives, basil, dill, oregano, and mint; and flowers, such as petunias, snapdragons, geraniums, and vinca.

It also offers grow lights and a patented nutrient formula, as well as various cooking, gardening, and décor accessories.

The company’s products are used in the gardening, cooking, healthy eating, and home and office décor markets. It also offers its products through direct-to-consumer sales channel, including Web sales and a direct mail catalog.

The company was founded in 2002 and is headquartered in Boulder, Colorado.

You can find out when AERO stock reaches critical levels. Subscribe to OracleDispatch.com Right Now by entering your Email in the box below.

The key factor right now for AERO stock is its partnership with Scott’s Miracle Grow. According to the deal, AERO will get a retainer and a percentage of net sales for the direct-to-consumer assistance, according to a Securities and Exchange Commission filing. It also retains the rights to sell lighting and large-scale growing products on its website and via Amazon.com.

AeroGrow announced last year that it was getting a $6 million loan from Scotts. And Scotts invested $4.5 million in AeroGrow in 2013 for a 30 percent stake in the manufacturer. “We believe these agreements further set the stage for what we anticipate will be an exciting fiscal 2017 and beyond at AeroGrow,” CEO J. Michael Wolfe said.

In the past, Scotts CEO Jim Hagedorn has not been shy about the possibly for growth tied to legalized marijuana. At this point, AERO is a Colorado-based company that has all the plant to be a major player in the sales growth curve that will likely be associated with the legal marijuana cultivation segment.

Earning a current market cap value of $43M, AERO has a decent store ($463.00k) of cash on the books, with total assets a bit less than $5.4M, which compares with an appreciable load ($149.00k) of total accumulated debt. According to analysts, the market for legal marijuana may well be more than $20 bln game as of 2017.

At this point, AERO is making real money, with trailing revs already coming in at $20.20M on a trailing 12-month basis. If that wasn’t impressive enough, the more important part is the fact that the company is also starting to see major topline growth, with quarterly y/y revs increasing at 37%. With a float of just 3.6 mln shares, this total combination would seem to put the stock on quite firm footing here. We will eagerly update the story again soon. For continuing coverage on shares of $AERO stock, as well as our other hot stock picks, sign up for our free newsletter today and get our next hot stock pick!