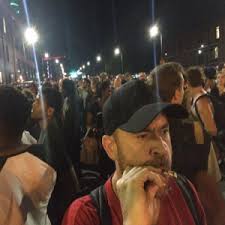 Terra Tech Corp (OTCMKTS:TRTC) is a central brand in the cannabis complex as well as a general health and wellness producer of hydroponic goods. The stock has been on everyone’s radar of late, and there’s a good chance that will remain the case as we barrel ever closer to the spate of legislative steps approaching on the near horizon for the whole cannabis space.

As we have noted recently, according to two independent polls this month, California is going to vote to legalize marijuana for recreational use in 42 days, instantly tripling the size of the legal cannabis market in the US. TRTC’s CEO, Derek Peterson (aka, “The Public Spokesperson for Medical and Legalized Marijuana”), is a central piece of the US marijuana marketplace, and with this kind of event-driven context, screening tools and filters will keep this stock dead in the mix of the process.

The Company is led by Derek Peterson, aka “The Public Spokesperson for Medical and Legalized Marijuana.”

It also operates as a retail seller of hydroponic produce, herbs, and floral products, which are distributed in the Midwest and the Northeast United States; and produces and sells a line of cannabis flowers and cigarettes, as well as a line of cannabis pure concentrates, including oils, waxes, shatters, and clears to dispensaries in California.

Find out when $TRTC reaches critical levels. Subscribe to OracleDispatch.com Right Now by entering your Email in the box below.

As noted above, the major catalyst that will drive this market space is the legislative activity that’s headed down the pipe very soon. In short, we have a whole lot of legalization votes coming our way right now, including a vote on legalizing recreational use in California in November, which could launch the $6 billion legal industry into something closer to $20B.

In all, we will see votes in four states in November on the potential legalization of marijuana for medical use, and five other state votes on recreational use of the drug for all adults.

TRTC tends to roll with the industry, so this may be a catalyst-rich Fall for the Company.

The only other major recent catalyst specific to the Company is its announcement that its subsidiary, Edible Garden, a retail seller of locally grown hydroponic produce, herbs, and floral products, has started shipping its line of 4 inch potted living herbs to Wegmans Food Markets, Inc. (“Wegmans”) in New Jersey. Wegmans, a privately held American regional supermarket chain headquartered in New York, operates 89 stores in the mid-Atlantic and New England regions.

Peterson stated, “We have more than tripled our organic 4 inch herb line production since the second quarter of 2016 due to supermarket demand and are delighted to announce that Wegmans, a nationwide supermarket chain, is one of our latest customers.”

Currently trading at a market capitalization of $118M, TRTC has a decent store ($1.67M) of cash on the books, alongside total assets of nearly $67M, which compares with an appreciable load ($2.19M) of total accumulated debt. While the Edible Gardens news is not inconsequential, we continue to believe that the Company will thrive on its Cannabis chops as an established leader in the space as growth of legal marijuana becomes a front-page item once again in November. The monstrous 340M share float is actually about the only part of that picture that gives us pause. In a momentum sprint, you want to ride the light, fast moving vehicles. That said, TRTC will be in the mix. And so will we. For continuing coverage on TRTC and our other hot stock picks, sign up for our free newsletter today and get our next hot stock pick!