3 Reasons to be Excited About AURORA CANNABIS IN COM NPV (OTCMKTS:ACBFF) 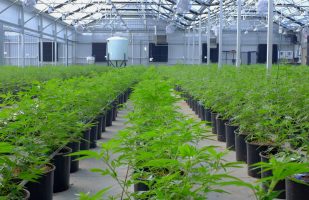 AURORA CANNABIS IN COM NPV (OTCMKTS:ACBFF) is one of the more interesting plays in the cannabis space, and has been one of our favorites over the last 6 months for three reasons: first, the company’s financials are excellent, with a strong balance sheet and sharply accelerating top line growth. Second, Aurora Cannabis has the resources to dominate production of the commodity with the fastest grown legal demand on planet Earth. And third, they have an interesting set of upcoming catalysts when most of the cannabis patch is in the afterglow of the election, and has little new to look forward to.

The chart shows 22% during the past month in terms of shareholder gains in the company. The situation may be worth watching. ACBFF has a history of dramatic rallies. Furthermore, the listing has witnessed a pop in interest, as transaction volume levels have recently pushed 95% beyond what we have been seeing over the larger time frame.

As discussed above, this company may come to dominate production of an increasingly sought after commodity in pot. The prime reason for this is the company’s construction on “an unprecedented 800,000 square foot production facility.”

To be known as “Aurora Sky”, the new hybrid greenhouse facility, with a footprint larger than 16 football fields, is expected, on completion, to be the largest, most advanced and most automated cannabis production facility in the world.” The company has recently provided further details on this coming facility: it is currently under construction at the Edmonton International Airport (EIA), where, subject to certain conditions, the Company will lease 30 acres from the Edmonton Regional Airports Authority. The unique location of Aurora Sky provides a number of major competitive advantages.

For example, they will have access to abundant and reliable low-cost power, as well as unparalleled proximity to infrastructure and essential services, such as gas, water, sewage, public transportation, courier services, and international customs for clearing supplies and equipment.

Furthermore, the location facilitates capitalizing on opportunities for future export of product and genetics to legally authorized jurisdictions around the world.

“We continue to fire on all cylinders, reaching more patients, continuing to integrate industry-leading technology, and further building our operational capabilities from a position of unprecedented financial strength,” said Terry Booth, CEO. “The strength of our balance sheet provides an exceptional opportunity to continue expanding our leadership position in this rapidly growing medical cannabis market. Furthermore, it provides us with the necessary financial resources, without the need to return to the capital markets, to begin preparing and positioning ourselves for the pending legalization of recreational use in Canada, a market estimated at up to $10 billion per year once mature. These preparations include the expansion of our production capacity through the construction of an additional, very large scale, best-in-class production facility.”

In addition, Canadian cannabis companies should be at a premium in 2017, as Canadian politics suggests that the country is on its way toward full national legalization for marijuana on all levels sometime this year. The basis for this is the prime minister’s own words, pledged last year. Mr. Trudeau made that promise, and analysts expect it will happen. That puts the Canadian space in a better spot when it comes to gauging future catalysts.

At this time, carrying a capital value in the market of $472M, ACBFF has a significant war chest ($23.2M) of cash on the books, which must be weighed relative to about $1.7M in total current liabilities. That’s an exceptional balance sheet.

In addition, AURORA CANNABIS is pulling in trailing 12-month revenues of $4.5M. But the real highlight is this: the company is seeing huge recent top line growth, with sequential quarterly revenues growing at 151.7%. We will update the story again soon as developments transpire. For continuing coverage on shares of $ACBFF stock, as well as our other hot stock picks, sign up for our free newsletter today and get our next hot stock pick!